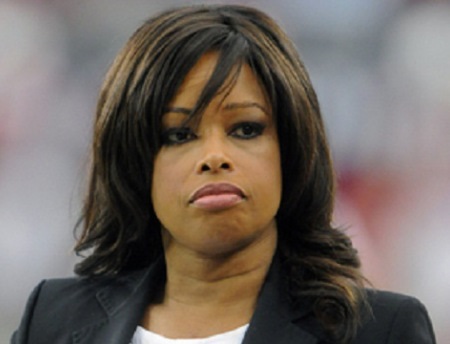 For the fanatical football fan, it would be hard not to be a huge fan of Pam Oliver.

All television assignments ultimately come to an end, but when news broke last week that 53 year-old Oliver, the No. 1 sideline reporter for Fox NFL coverage, will be replaced after 19 years by 36 year-old blonde Erin Andrews, some folks immediately wondered if Oliver’s hair controversy contributed to her demotion.

You don’t have to be up on hair trends to know that critics on social media can be cruel. Some have compared Oliver’s hairstyle to Chewbacca, the wild-haired alien in the movie “Star Wars,” and others frequently took Oliver to task for looking disheveled on live national television.

It is not certain if criticism of Oliver’s hair concerned executives at Fox, but it does appear a bit hypocritical that some Black folks who were scolding Oliver for her hairstyle are now criticizing Fox for replacing Oliver with Andrews.

Some have questioned if race played a role in Oliver’s move from the sidelines. It’s no secret that male executives prefer younger women on-air and Fox officials no doubt wanted Andrews because she’s 17 years younger than Oliver. Still, Oliver looks great for 53, despite the hair controversy and she’s a known entity to both viewers and players.

Others insist that Oliver’s demotion is a Fox misstep on the issue of diversity. But does Fox really care?

A veteran NFL reporter told Sports Illustrated that Oliver was demoted because she didn’t fit the look that Fox executives desired.

“She’s not blonde, nor is she in the demographic,” said the reporter. “I’m not naïve and I understand it’s a business, but I think that Fox did not treat her as befits a woman who has been the female face of their sports operation for the past 19 years.”

Meanwhile, Fox executives insisted their decision was not about race and the network released this statement:

Pam is one of the most respected reporters in the industry, and her being part of the FOX family now and in the future is really important to us, which is why we signed her to a new three year contract. We’ve developed what’s clearly an expanded role for Pam that better meets the needs of FOX Sports and FOX Sports 1 and the big events we cover, while enabling her to work on many of our big NFL games throughout the season. Pam’s new role helps us build our journalistic chops and credibility 365 days a year, not just 17. Our decision had absolutely nothing to do with race or age.

“Disappointment is not really a word I’d use right now because I’ve had some weeks to process it,” Oliver said in a recent interview with Sports Illustrated.

“I think my emotions during the season will be sadness because I had been around that group for a decade,” she said. “I went through a range of emotions, but as I speak with you today, disappointment has passed me and I have reached a point of trying to move forward with some sadness.”

Oliver’s new contract will allow her to enjoy an expanded role at the network, which includes high-profile interviews with sports superstars. She also said she’s excited about the new position.

Whether that’s true or not, who really knows.

Most men feel that Oliver is an attractive, smart and talented journalist who brings a wealth of knowledge to the game of football.

With all the outstanding interviews Oliver has delivered for Fox, some believe executives should have allowed her to finish out her 20th year as their No. 1 sideline reporter.

If was a hasty decision to remove Oliver from her highly-visible job, we’ll miss her keen observations on Sunday afternoons – hairstyle issues or not.

What do you think?