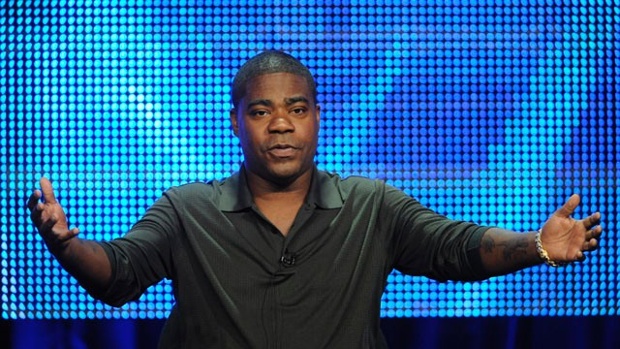 (CNN) —Comediancomedian Tracy Morgan, who was badly injured in a collision June 7, has been upgraded from critical to fair condition, his publicist said.

Publicist Lewis Kay said. “Happy to pass along that Tracy has been upgraded to fair condition, which is a great improvement,” “His personality is certainly starting to come back as well.”

The actor-comedian was seriously injured after a Walmart truck slammed into a limo bus occupied by Morgan and four others on the New Jersey Turnpike. The collision killed comedian James McNair and injured the others. Morgan was hospitalized with broken ribs, a broken nose, a broken femur and a broken leg.

Another of the passengers in the limo, Jeff Millea, has also improved to fair condition, Kay said.

The truck driver, Kevin Roper, turned himself in to police the night of the crash and has pleaded not guilty to charges that include vehicular homicide and assault by auto. In a criminal complaint, police said Roper had been awake for more than 24 hours at the time of the crash.

Morgan was a regular on “Saturday Night Live” for seven years and later received an Emmy nomination for his role in the comedy series “30 Rock.”