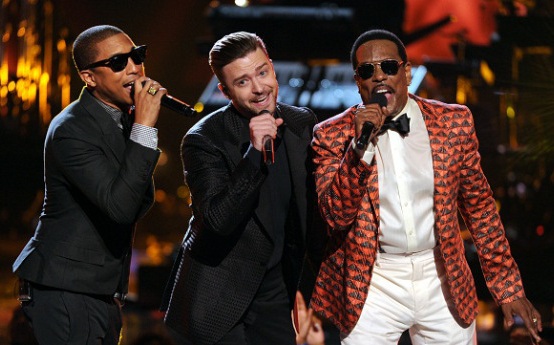 The BET Awards is heading into Oscar territory. Not just for it’s 3-and-a half-hour running time, but for a noticeable transition into a new direction. Aside from Nikki Minaj, whose performances were beeped so much they were unintelligible, Kevin Hart playing the role of court jester and some production glitches that left host Chris Tucker searching for filler, the 2013 awards, broadcast for the first time from L.A.’s Nokia Theatre, was an entertaining grown folks affair.

Charlie Wilson and Dwyane Wade, the night’s honorees for Lifetime Achievement Award and Humanitarian Award, kept the classy factor intact and Chris Brown kept the drama on the stage though Claudia Jordan and Omarosa’s mother, yes I said, mother, mixed it up outside the show. Here are the highs, and a few lows, of the night:

COOL BROWN: Chris Brown was a model citizen at the BET Awards, opening the show with an accomplished performance of his current hit “Fine China” and accepting the Fandemonium Award for the fourth year in a row. He summed his brief acceptance speech with “Don’t read the bull in the news. I’m a real dude.”