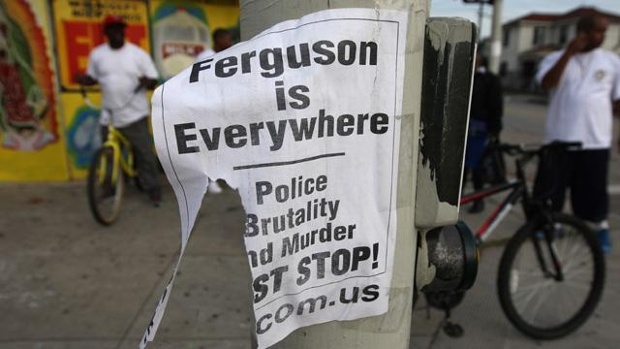 WASHINGTON (CNN) —A Justice Department civil rights investigation has concluded that the Ferguson Police Department and the city’s municipal court engaged in a “pattern and practice” of discrimination against African-Americans, targeting them disproportionately for traffic stops, use of force, and jail sentences, according to a U.S. law enforcement official briefed on the investigation.

The probe is the result of an investigation ordered by Attorney General Eric Holder after the police shooting that killed Michael Brown last summer.

Among the findings, reviewed by CNN: from 2012 to 2014, 85% of people subject to vehicle stops by Ferguson police were African-American; 90% of those who received citations were black; and 93% of people arrested were black. This while 67% of the Ferguson population is black.

In 88% of the cases in which the Ferguson police reported using force, it was against African-Americans. During the period 2012-2014 black drivers were twice as likely as white drivers to be searched during traffic stops, but 26% less likely to be found in possession of contraband.

Blacks were disproportionately more likely to be cited for minor infractions: 95% of tickets for “manner of walking in roadway,” essentially jaywalking, were against African-Americans. Also, 94% of all “failure to comply” charges were filed against black people.

The findings in the investigation are expected to be made public as soon as Wednesday, and the Justice Department is expected to pursue a court-supervised consent decree that requires the city of Ferguson to make changes to its police and courts.

According to the findings, reviewed by CNN, African-Americans were 68% less likely to have their cases dismissed by a Ferguson municipal judge, and were overwhelmingly more likely to be arrested during traffic stops solely for an outstanding warrant by the Ferguson courts.

The investigators found evidence of racist jokes being sent around by Ferguson police and court officials. One November 2008 email read in part that President Barack Obama wouldn’t likely be President for long because “what black man holds a steady job for four years.”

Another jokes that made the rounds on Ferguson government email in May 2011 said: “An African American woman in New Orleans was admitted into the hospital for a pregnancy termination. Two weeks later she received a check for $3000. She phoned the hospital to ask who it was from. The hospital said: ‘Crimestoppers.'”