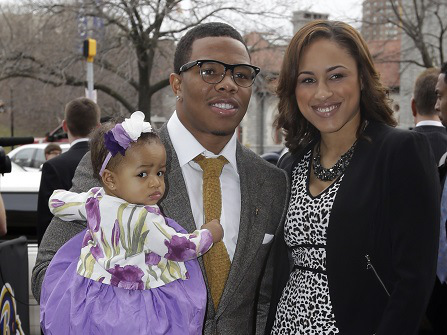 Rice will miss the season opener against AFC North champion Cincinnati on Sept. 7 and the Sept. 11 game on Thursday night against the Pittsburgh Steelers.

Rice was arrested following a Feb. 15 altercation in Atlantic City, New Jersey, in which he allegedly struck then-fiancee Janay Palmer. The 27-year-old Rice has been accepted into a diversion program, which upon completion could lead to the charges being expunged.

Rice has played six years for the Ravens. He is the team’s career leader in total scrimmage yards and ranks behind only Jamal Lewis in total yards rushing.

Bernard Pierce is expected to start for Rice in Baltimore’s first two games.