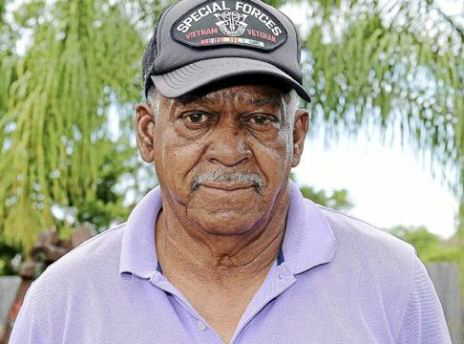 It’s an unprecedented mass ceremony at the White House that will correct decades of racial prejudice. President Barack Obama, perhaps pondering his legacy as America’s first black president, will award the Medal of Honor to 24 Army veterans who were systematically overlooked because of their racial and ethnic backgrounds. It’s a gutsy decision by the president – and it’s the right thing to do.

The ceremony, scheduled for March 18, will honor Army veterans of African American, Hispanic and Jewish heritage who were bypassed because of discrimination during World War II, The Korean War, and The Vietnam War. Only three of the recipients are living and one honoree, Staff Sergeant Melvin Morris, is African -American. According to the White House’s official announcement, Morris will receive the honor for his “courageous” actions while serving in Vietnam.

Morris was commanding a strike force in South Vietnam when his group came under attack and a fellow commander was killed. According to reports, despite being shot three times, Morris recovered the body of his fallen comrade and was even able to retrieve an important strategic map before it could fall into enemy hands.

“I fell to my knees, I was shocked,” Morris, 72, told the Associated Press. “President Obama said he was sorry this didn’t happen before. He said this should have been done 44 years ago.”

In 2002, Congress called for a review of war records from World War II, the Korean War and the Vietnam War to ensure that soldiers deserving the Medal of Honor were not denied because of prejudice. The ensuing research identified a number of deserving candidates. Of the 3,464 Medals of Honor awarded, just 88 have been given to 87 individual black Americans.In 1900, William Carney was the first Black recipient.

In his second term, President Obama is clearly using the White House bully pulpit to highlight the issue of racial discrimination in America. Through this unusual ceremony, the president is signaling to the nation that racial prejudice is wrong and, when possible, past biases should be acknowledged and corrected. At the White House this week, Obama met with several civil rights leaders including Rev. Al Sharpton about raising the minimum wage, black unemployment, health care, voting rights and education.

“It was one of the most substantive meetings I have had with any President,” Sharpton told reporters after the meeting with Obama. “We are firmly convinced the President will fight for jobs, training, minimum wage and voting rights as well as explore the other areas of concern that we raised.”

And later this week at the White House, Obama unveils “My Brother’s Keeper Initiative,” a national program designed to improve the quality of life for young African-American males. In addition, Obama, a father with two daughters, has an ambitious vision for the nation’s black students during his last two years in the White House: ensuring that all African-American pupils receive an education that fully gets them ready for high school graduation, college completion and productive careers in a highly competitive global job market.

After signing an executive order that created the White House Initiative on Educational Excellence for African Americans in 2012, the president is dedicating new resources to enable African-American students to improve their educational achievement and prepare them for college and a range of professions after graduation.

There’s more. Last year, Obama announced a new leadership team for the White House Initiative on Historically Black Colleges and Universities (HBCUs). Joining the HBCU Initiative as Executive Director is Dr. George Cooper. Dr. Ivory Toldson is the new Deputy Director. Both Cooper and Toldson will work with the presidentially-appointed HBCU Board of Advisors and assist Education Secretary Arne Duncan as a liaison between the executive branch and HBCUs across the country.

The president’s bold acknowledgement of the 24 Army veterans who deserved Medals of Honor but were denied them due to racism is part of Obama’s broader effort to highlight racial injustice and cultural awareness.

WLAS is proud of our president. What do you think?