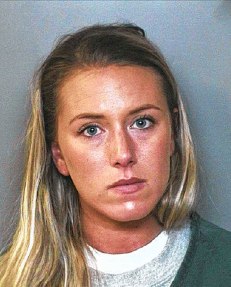 An upstate New York nurse who snapped photos of an unconscious male patient’s penis and sent the lewd snaps to her co-workers has surrendered her medical license.

Kristen Johnson, 27, agreed to give up her license Monday after pleading guilty to a misdemeanor charge of sharing unlawful surveillance photos, according to Syracuse.com.

As part of a plea deal that nixed the felony charges in the case, the blond nurse who used to work at Upstate University Hospital in Syracuse also agreed to spend three years on probation.

Johnson was arrested last May following a nine-month investigation launched by the Onondaga County District Attorney’s Office because her colleagues reported that she had sent them inappropriate cellphone pictures multiple times.

Along with photos of the male patient’s privates, authorities also discovered some shots of a fellow nurse cleaning out a comatose female patient’s gastrointestinal blood clot, according to Syracuse.com.