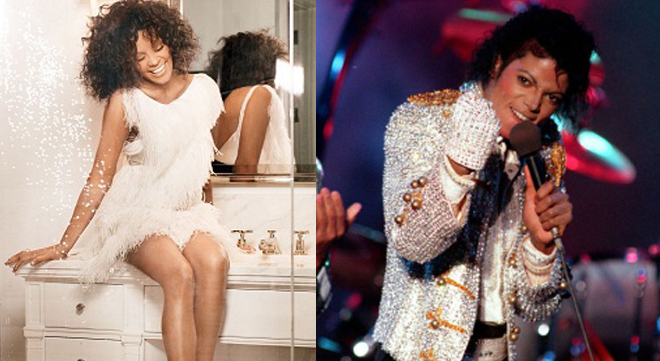 Some things just can’t be ignored! This year as Michael Jackson and Whitney Houston are being inducted into the momentous Rhythm & Blues Hall of Fame and Museum (R&BHOF), the number five seems to keep coming up.

You see, their awards will be presented to their respective parents Joseph (Joe) Jackson, and Cissy Houston. Here’s where it gets interesting: Reportedly Joe was born in 1928, and Cissy was born five years later in 1933. They both were in their 30th year when their superstar offspring were born – Michael in 1958, and Whitney five years later (there’s that five again) in 1963. It’s been five years since Michael passed away.

In an article titled ‘Number 5 Numerology – A Dynamic Force’ author Hans Decoz wrote: ‘The number 5 is the most dynamic and energetic of all the single-digit numbers. It is unpredictable, always in motion and constantly in need of change. Although it is molded from an almost equal mix of masculine and feminine qualities, in general the 5 is slightly more feminine — albeit a daring, tomboyish kind of feminine, with nothing demure or submissive about her [‘her’ being the number].’ That seems to sum up the hallmark of both talents at the highlights of their careers.

On Sunday, August 24, 2014, this year’s R&BHOF induction ceremony will be held in Canton, OH at the Canton Palace Theater. Honorees will include, along with Michael and Whitney, The Whispers, Marvin Gaye, The Funk Brothers, Gene Chandler, Joe Jackson, and The Sweet Inspirations. Confirmed attendees and/or supporters (among others) are Duke Fakir (The Four Tops), Kim Weston, Martha Reeves, and the families of Jackie Wilson, Sam Cooke, and David Ruffin. Oh, and yes, the event begins at five.

Last year at the Cleveland State University in Ohio, many Detroiters and Motown alumni were inducted into the R&BHOF inaugural class such as The Temptations, The Four Tops, The Dramatics, and Jackie Wilson to name a few.

R&BHOF officials recently announced the likelihood of a permanent home for the official R&BHOF Museum being built in the city of Detroit. For further details please visit their website at: http://www.rbhalloffame.com/