New Cosby Show Could Debut As Soon As Next Summer
POSTED BY WLAS July 15th, 2014 0 COMMENTS 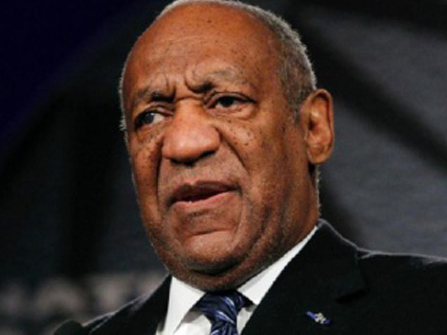 BEVERLY HILLS, Calif. (AP) — Bill Cosby could be returning to the network with a new comedy as soon as next summer.

The series, described as a “classic, extended-family sitcom” with Cosby as the patriarch, is currently in the writing stage, NBC executives said at Sunday’s session of the summer TV critics’ tour. It was first announced in January.

Cosby, 77, has a long history with NBC, including his seminal “The Cosby Show,” which became a smash hit 30 years ago and helped rescue a network then at the bottom of the ratings. It ran for eight seasons.

After that, Cosby headlined a sitcom at CBS, among other series.

If the new Cosby project isn’t ready for next summer, it could be a contender for fall 2015.

Another veteran NBC star, Michael J. Fox, returned to the fold last fall. But despite his breakout success in 1982 on “Family Ties,” ”The Michael J. Fox Show” proved to be a flop and was cancelled this spring.

“We struggled and worked really hard to figure out how to bring an audience to that show,” he said. “We just found it very difficult to grow that show over all those months.”

Unlike the flamed-out Fox show, the upcoming Cosby venture will use multi-cameras and be filmed in front of a studio audience, a format that has lost ground at NBC, where single-camera comedies like “30 Rock,” ”The Office” and ‘Parks and Recreation” have thrived. Greenblatt said the network is trying to bring back this classic “multi” form, which goes back to “I Love Lucy” and the earliest days of network television (and which is going strong at CBS with shows like “The Big Bang Theory” and “Mike & Molly.”)

“There’s been a generation of writers and producers who have gone away from multi-cam, and we are trying to revitalize (that form),” Greenblatt said. “There was such cachet with ’30 Rock’ and ‘The Office,’ which reinforced single-camera as the ‘better’ form, and I hope we can balance the scales a little.”