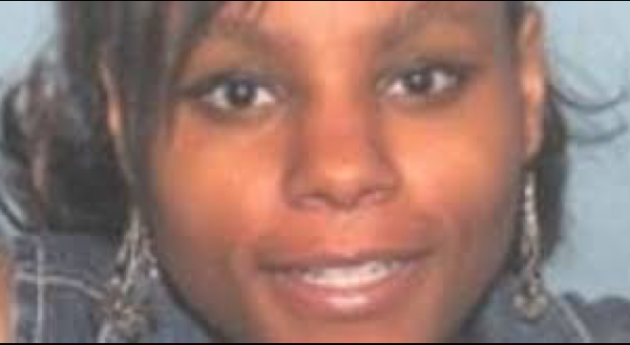 CINCINNATI (AP) — A woman accused of decapitating her 3-month-old daughter had been ordered by a court to stay away from the child, a prosecutor said Tuesday.

Deasia Watkins had been forbidden to have contact with the baby after she was hospitalized for psychiatric problems, authorities said.

The baby had been placed in an aunt’s custody, and a 5-year-old at the aunt’s house with other children to catch a school bus on Monday found the baby’s body on a kitchen counter, Hamilton County prosecutor Joe Deters said. The aunt apparently was asleep, and the child ran outside for help from a male relative who had dropped them off, Deters said.

Police arriving in response to a 911 call found the baby decapitated and stabbed multiple times with a large chef’s knife.

The aunt apparently had let the baby’s mother move in with her and the baby about a week earlier, Deters said.

Police found the 20-year-old mother in bed covered with blood, he said, and she was arrested and charged with aggravated murder.

“This is one of the most disturbing cases I have ever seen in my life,” Deters said.

The baby’s injuries also included a fractured arm, county coroner Dr. Lakshmi Sammarco said. The knife used to kill the baby had been placed in the baby’s hand, authorities said.

“These are images that will be indelibly marked in my memory,” Sammarco said.

Deters said the mother hadn’t spoken and remained under guard at a hospital, where she couldn’t be reached for comment. The prosecutor said he doesn’t anticipate seeking the death penalty in the case.

“It was pretty clear to the officers involved that she is suffering from some serious mental issues,” Deters said.

In the 911 call, a woman who apparently was the aunt can be heard crying hysterically and asking for help while repeating, “Oh, my God!”

“My niece killed her baby,” she said.

She told the dispatcher that she was asleep when her son, who had come to drop off the children, came in and woke her up, saying the baby was dead.

The son then told the dispatcher that he had seen the baby’s body on the kitchen counter but did not know what happened.

Local media outlets reported that Watkins was diagnosed with postpartum psychosis after a January incident in which police responded to a report of a woman screaming and that a juvenile court judge this month ordered Hamilton County Job and Family Services to take custody of the baby.

Deters said: “It looks like JFS did their job exactly how they should, but you don’t have the resources to be in the house 24/7.”

He said the baby’s father has not been located.