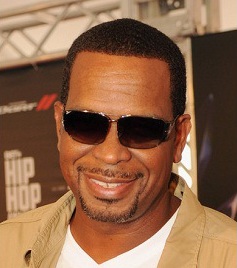 In an op-ed for the Miami New Times, the former rapper weighs in on Spike Lee, who has publicly taken issue with Tarantino’s repeated use of the n-word in “Django’s” script.

“Screw Spike Lee,” Campbell begins. “Quentin Tarantino’s ‘Django Unchained’ is a brilliant flick that more accurately depicts the African American experience than any of the 15 movies about black culture Lee’s directed in his lifetime.”

He continues: “Lee needs to get over himself. He’s upset because Tarantino makes better movies. The man who put Malcolm X on the big screen is Hollywood’s resident house negro; a bougie activist who wants to tell his fellow white auteurs how they can and can’t depict African Americans.”

Campbell ends his missive with this bullet: “Spike is upset because Samuel L. Jackson’s character in the movie is just like him: a conniving and scheming Uncle Tom.”

In December, Lee called the movie “disrespectful to my ancestors” and tweeted that he was “honoring” the memory of those who came before him by boycotting the film.

Since then, a number of celebrities have knocked Lee’s opinion. Comedian Donnell Rawlings called the famed director irrelevant and activist Dick Gregory went so far as to describe Lee as a “thug” and a punk.”

Meanwhile, Tarantino picked up a Golden Globe award for Best Screenplay at Sunday’s ceremony, where he went on to say the N-word himself backstage.