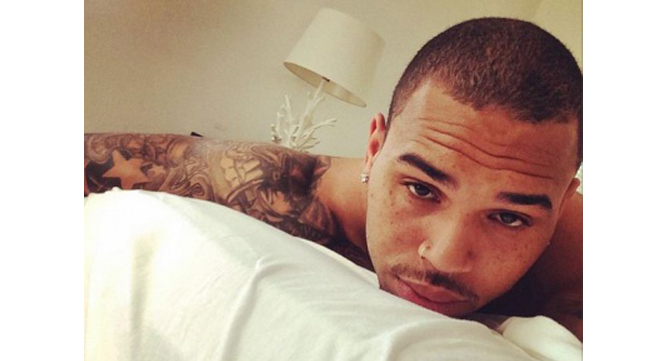 The LAPD claims it received an anonymous tip a passenger in his car was carrying a gun, according to TMZ.

Brown partied at T.I.‘s pre-Grammy party at Hollywood’s Sayer nightclub. LAPD found his friend as well as detained Brown, and then searched for the alleged gun in the car.
In the vehicle, they found no gun. But it’s apparent Brown, Grammy time and guns seems to be a bad combination for the pop star.

In 2009, he was arrested for domestic violence in the beating of ex-girlfriend Rihanna. In 2014, Suge Knight was shot six times while he performed at a VMA party. And just last month, six people were shot at his San Jose concert.

Brown finished his community service, and if he wants to go on his “Between the Sheets Tour” with Trey Songz this summer he might want to stay out of trouble.