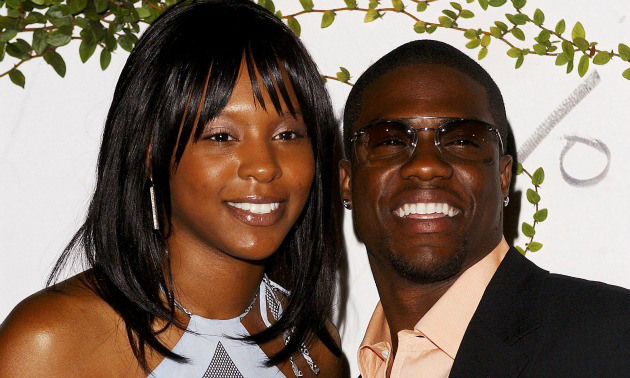 Kevin Hart has made it pretty clear via Twitter that he did not want anyone to “laugh at his pain” as it pertained to his ex-wife and her accusations made against him in a recent TV interview. Why is anyone interviewing her in the first place you ask? Well, it’s because Torrei Hart, is a new cast member of VH1′s Atlanta Exes, and she sat down for an interview with Entertainment Tonight to discuss it. She spoke on the demise of her marriage to Hart. (Which was what got her on the show in the first place.) Torrei alleged that Kevin had been unfaithful in their marriage with his current girlfriend, Eniko Parish.

The “grown little man” was disgusted by the interview and took to his Twitter to show off on Torrei over it and to defend his new lady love.

Well, according to Eben Gregory, after Kevin’s epic Twitter rant on Torrei, she loaded her keyboard and fired on Kevin and Eniko again.

“@kevinhart4real has been my biggest inspiration I’ve watched him from the beginning he is the hardest working man I know. But in order for people to grow and prosper sometimes God will force you out of someone’s shadow. The hardest thing I ever had to do was lose my family. But as I heal and grow I understand why it had to happen. Yes I was broken at a point in my life but that is only natural for someone who’s had to suffer what I had to suffer.
Our divorce was finalized two years ago and we were only separated 8 months prior to the divorce. Despite what @kevinhart4real has said and the time frames he is trying to establish Eniko Parrish @neekibaby was his mistress and was one of the reasons that broke up my family. I have more proof but Kevin should just be honest for both of our healing. I want @kevinhart4real and I to be friends like he portrays we are to the media.

@kevinhart4real has gained success by using his family as his number one source of material. From his stand up to his tv shows he’s used my personal life as his main story line. So at this place in my career I know he is one of the reason doors are opening up for me. And I am grateful to him for that. And we both have been blessings to each other in that area. So now that the doors are opened the work ethic that I have always had is no longer standing in his shadow pushing his career, now it’s shining so I can have my own.”

We are not professional gamblers by any means, but we are so willing to bet that this here…ain’t over!