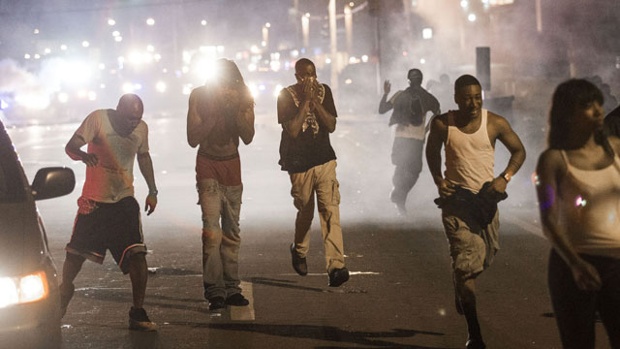 WASHINGTON (CNN) —The Justice Department is preparing to bring a lawsuit against the Ferguson, Missouri, police department over a pattern of racially discriminatory tactics used by officers, if the police department does not agree to make changes on its own, sources tell CNN.

Attorney General Eric Holder said this week he expects to announce the results of the department’s investigation of the shooting death of Michael Brown and a broader probe of the Ferguson Police Department before he leaves office in the coming weeks.

Brown’s shooting death at the hands of Officer Darren Wilson has thrust Ferguson into the center of a nationwide debate over police tactics and race relations. The Justice Department is expected to announce it won’t charge Wilson for the shooting, but it’s also expected to outline findings that allege a pattern of discriminatory tactics used by the Ferguson police.

If they don’t agree to review and revise those tactics, sources say, the Justice Department would sue to force changes in the department.

“Everything they suggested in the past has been reasonable and we have tried to comply.”

Among the issues expected to be part of the Justice Department’s lawsuit are allegations made in a recent lawsuit filed by a group of low-income people who claimed officers in Ferguson and nearby Jennings targeted minorities with minor traffic infractions and then jailed them when they couldn’t pay fines.

The Justice Department action would ask for court supervision of changes at the Ferguson Police Department to improve how police deal with the minority communities they are supposed to protect.

Holder hinted at plans to announce the outcome of the dual investigations during an appearance at the National Press Club on Tuesday.

“I think everybody will see when we announce our results that the process that we have engaged in is, as I said back at the time when I went to Ferguson, independent, thorough and based on all the facts,” he said. “And I am confident that people will be satisfied with the results that will be announced.”