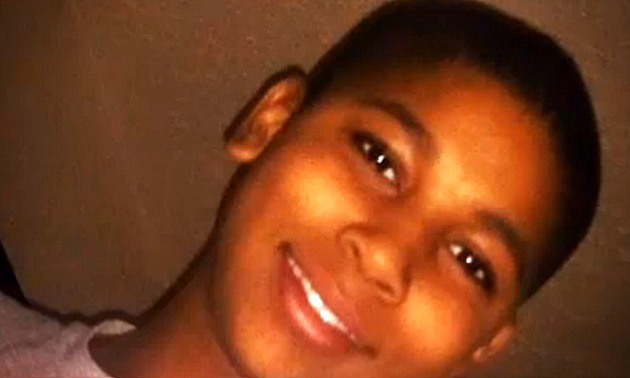 CLEVELAND (AP) — Enough evidence exists to charge two police officers in the fatal shooting of a 12-year-old boy who was holding a pellet gun outside a recreation center, a judge ruled on Thursday.

The judge’s ruling is largely symbolic because he cannot compel prosecutors to charge the officers in the death of Tamir Rice last November. But Municipal Court Judge Ronald Adrine ruled there’s probable cause to charge rookie officer Timothy Loehmann with murder, involuntary manslaughter, reckless homicide or dereliction of duty. And he ruled there’s evidence to charge Loehmann’s partner, Frank Garmback, with reckless homicide or dereliction of duty.

“This court reaches its conclusions consistent with the facts in evidence and the standard of proof that applies at this time,” the judge said.

The judge ruled Thursday after a group of activists submitted affidavits asking the court to charge the officers.

Loehmann fired at Tamir within 2 seconds of pulling up in his cruiser. During those few moments, he ordered the youngster three times to put up his hands, police have said.

The shooting of Tamir, who was black, by a white officer raised questions about how police treat blacks and spurred protests around the city.

The city released a surveillance video showing the shooting of Tamir, who was carrying an airsoft gun that shoots non-lethal plastic pellets.

Much of the footage showed what appeared to be a bored kid alone in a park on an unseasonably warm November afternoon. Tamir was seen pacing, occasionally extending his right arm with what appeared to be a gun in his hand, talking on a cellphone and sitting at a picnic table with his head resting on his arms.

But the gun wasn’t real. It can be bought at sporting goods stores for less than $20. Tamir’s was lacking the bright orange tip that is usually put on such weapons to indicate they’re not real guns.

Tamir’s family said it had seen the video of his shooting.

“It is our belief that this situation could have been avoided and that Tamir should still be here with us,” the family said shortly after the shooting in a statement released by its attorneys. “The video shows one thing distinctly: the police officers reacted quickly.”