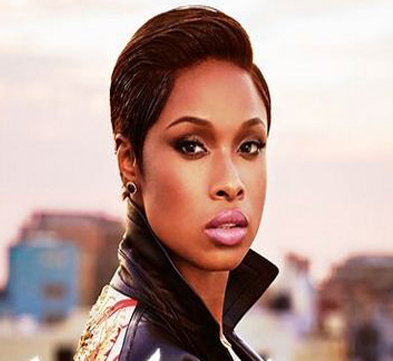 Jennifer Hudson may have fame on her side nowadays, but that isn’t why the relationship with the man who previously captured her heart fell through.

According to the former “American Idol” contestant, it was something else that ended the romance.

“Yeah, I grew up with him… His name was James (see his photo below). We used to call him ‘Bear, Bear,’” Hudson told NecoleBitchie.com. “But he was my childhood sweetheart. He has a baby now. He moved to somewhere else. So that’s all I know about him now. Yeah, we all grew up together.”

As for the exact reason her and James broke up, Hudson wouldn’t go there. Instead she set the record straight on rumors of the split resulting from her newfound fame at the time.

“I think [him proposing if I won an Oscar] was a made up story at the time,” said Hudson. “When we broke up, it wasn’t the fame. I don’t want to put his business out there. It ain’t my place to tell. And maybe that’s a part of the private side to Jennifer but I just like to give people their respect to be honest. And he’s kind of like family to this day and I’m not going to put him on blast. I’m not going to do him like that.”

Despite being tight-lipped regarding the cause of the split, Hudson did confess that she was the one who initiated the demise of the eight-year relationship.

“It was my choice [to breakup]. Definitely,” she shared. “But it was nothing new or foreign like nothing out of the blue like he didn’t know what was going on. It had nothing to do with my fame at all. It was not an issue pertaining to that.”

Fame may not have been the cause, but the singer understands that it can make having something with someone special more of a challenge.

“It is difficult with [this] type of lifestyle and being a strong woman and being in any type of relationship,” Hudson stated. “Which I’ve eventually come to learn when dealing with people. Or males at times have issues when they are with a successful woman. Or even, it’s weird. And I mean that in general. Across the board. It’s something I’ve noticed in a lot of situations when it comes to successful women or strong women.”