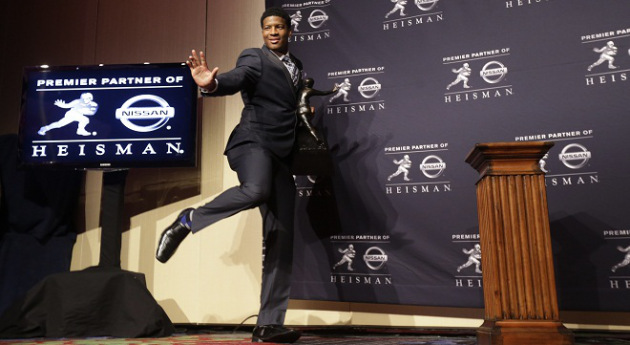 Despite winning a national championship and a Heisman Trophy in his freshman season at Florida State University, Jameis Winston has found himself in the public eye for all the the wrong reasons.

So much so that his father, Antonor Winston, is working with the university on ways to best manage the attention Jameis has received. The star quarterback and baseball player, who avoided charges in a sexual assault investigation in December, was recently suspended from the FSU baseball team after being cited for shoplifting crab legs. He was later reinstated after completing community service.

Moving forward Antonor Winston said he would like some form of security and supervision around his son at all times.

“He’s supposed to have somebody around him 24/7,” Antonor Winston told USA Today. “He’s a Heisman Trophy winner so (he’s) definitely not supposed to be by (himself).”

Florida State’s athletic director Stan Wilcox responded in a statement to USA Today that the school has added additional security to protect Jameis Winston. Nevertheless, Antonor Winston cites the latest incident involving his son as motivation for FSU to focus more on Jameis as he receives more attention heading into his sophomore season.

“We hope so,” Antonor Winston said. “Not only him. I think it should show the university and us, I think we probably kind of dropped the ball on that a little bit.”