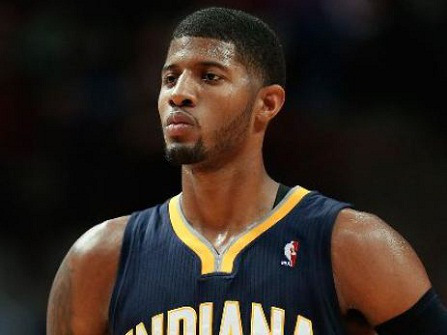 Indiana Pacers forward Paul George’s relationship with an ex-stripper is coming back on him with a new paternity suit.

Daniela Rajic, 24 , filed paternity papers in Manhattan family court on Wednesday, the New York Post reports. George’s relationship with Rajic only lasted a few months last year. According to the Post, Rajic, who gave birth to her daughter Olivia on May 1, is now a full-time mom who has moved to New York to be closer to her family.

“Paul and Daniela saw each other a number of times over the course of a few months in Miami last summer,” a source told PageSix.com. “She became pregnant, and their daughter was born on May 1. She has already undertaken a paternity test, and there’s no question he is the father. The court is still expected to order an official DNA test.”

Although Rajic’s lawyers Raoul Felder and Daniel Nottes didn’t commented on the situation Wednesday night, George had previously said he was ready to step up and help raise the child.

“If and when there is legal confirmation that I am the father, I will fully embrace my responsibilities,” the NBA star said in the statement.

Despite stepping up to raise his daughter, another source told Page Six Wednesday that George had not yet seen any court papers and was, at that time, focused on the Pacers’ series against the Miami Heat.