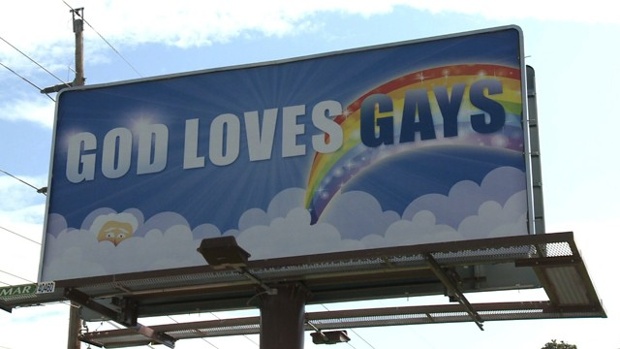 A new billboard in Topeka is going viral and getting national attention due to its message and location.

The group known as “The Facebook God” raised more than $80,000 to pay for a billboard that says “God Loves Gays” located near 21st and Western in the capitol city.

The “Facebook God” page has more than 1.7 million likes and used a popular online crowd funding website called indiegogo.com to generate funds for the message. The indiegogo page said the group wants to promote love.

WIBW reached out to the founders of the group for comment and “God” responded, claiming to be the deity behind the whole thing.

God said He is working with the Equality House in Topeka on the campaign. God said the billboard will be up for one year or “perhaps much longer.”

Topeka is home to the Westboro Baptist Church, known internationally for its anti-gay protests.