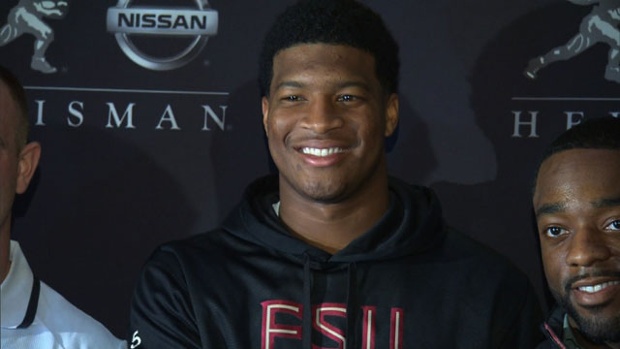 Florida State officials say Jameis Winston will be benched for the first half of Saturday’s game against Clemson after making “offensive and vulgar” comments about women and that the quarterback will undergo internal discipline.

Several students tweeted Tuesday Winston shouted a lascivious comment that may have derived from an internet meme.

The president and AD said, “As the university’s most visible ambassadors, student-athletes at Florida State are expected to uphold at all times high standards of integrity and behavior that reflect well upon themselves, their families, coaches, teammates, the Department of Athletics and Florida State University. Student-athletes are expected to act in a way that reflects dignity and respect for others.”