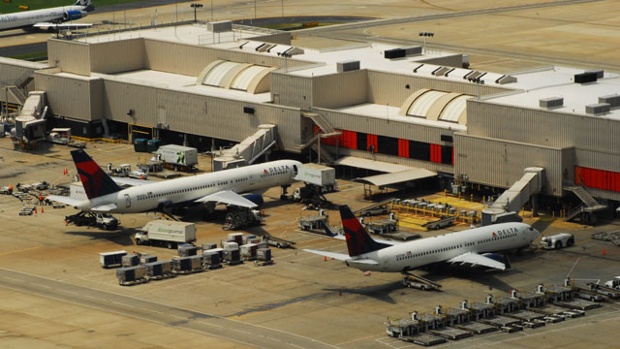 (CNN) —F-16 fighter jets escorted two passenger planes into Atlanta’s Hartsfield-Jackson International Airport on Saturday after a bomb threat made on Twitter was deemed credible, according to military officials.

Southwest Airlines Flight 2492 and Delta Flight 1156 landed safely at the airport and were being searched by bomb disposal and canine units, according to airline officials.

Delta spokesman Morgan Durant said, “It was a Portland, Oregon, to Atlanta, Georgia, flight. Delta is supporting the sweeping process carried out by authorities.”

The Southwest flight was coming from Milwaukee, Wisconsin.

The F-16 fighter jets were from McEntire Joint National Guard Base in South Carolina and returned to the base after the planes landed.