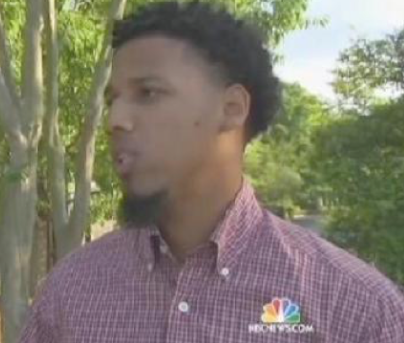 We now know who the identity of the person who shot the video that appears to show a white police officer shooting Walter Scott, an unarmed black man in the back in South Carolina.

Feidin Santana, an immigrant from the Dominican Republic, said there was a struggle between the two men before the deadly shooting, but the officer had control of the situation before he opened fire.

In an exclusive interview with “NBC Nightly News” anchor Lester Holt on Wednesday, Santana, a barber, said he started recording after he heard a Taser being deployed.