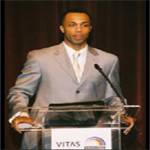 A Chicago man has vowed to hold law enforcement officials accountable in the death of his son who, the man said, was crying out for help and instead was given a death sentence.

Philip Coleman died in police custody on Dec. 13 after being tasered twice by police a day after he was arrested near his parents’ home on the Far South Side of Chicago.

Police, neighbors and the man’s father said Coleman had been behaving erratically in the moments leading up to his arrest, after police responded to a domestic violence call and learned that Coleman reportedly had beaten his mother.

“My son had a mental breakdown and it was obvious to any layman,” Percy Coleman told BlackAmericaWeb.com.

The elder Coleman said he was coming home from work on Wednesday, Dec. 12, when he saw his street blocked off by a police car and an ambulance. He turned down a side street and came up the alley behind his house when he saw Philip in the alley.

Coleman said he got out of his car and that “Philip kissed me. He kissed me again and then he said ‘Who are you? You’re not my father.’ Then he hauled off and hit me and knocked my glasses off.”

Coleman, a former parole officer who said he still holds a concealed weapons permit, said he unzipped his coat and when his son saw his father’s gun, Philip fell to his knees and said, “Anyone that hits their mother is sick. Shoot me. Shoot me.”

Coleman said he got in his car and drove up to the ambulance driver and asked for help getting his son to the hospital. He said the driver told him he would have to call another ambulance because he was there to take a woman to the hospital. Coleman found out from a neighbor the woman was his wife.

Meanwhile, he said, Philip was talking nonsensically, at times lying on the ground kicking and screaming and ignoring police orders to kneel down and put his hands up.

An officer pulled his gun and “I got in front of my son and said ‘You are not going to shoot him,’” Coleman said. “I told him, ‘How are you going to give him orders when he don’t understand?’”

He said he calmed his son down, but then an officer shouted at his son, agitating him. Coleman said he rushed his son and took him down and got a neighbor to sit on Philip so they could hold him down until police handcuffed him.

While on the ground, Coleman said, Philip spat out blood and a female officer accused him of spitting at her.

Once his son was in police custody, Coleman said, he was not allowed to visit Philip in the lockup and police refused his request to transfer his son to a hospital for observation.

Coleman said later that evening he was told his son was scheduled for a bond hearing at noon the next day, but when Coleman got to the courthouse, his son was not there.

Police told Coleman his son was still in the lockup, but by the time he got to the station he was told, after some delay, his son had been taken to Roseland Community Hospital.

Police told The Chicago Tribune that Philip Coleman had become “combative” with police officers escorting him to court and was tasered. He was then taken to Roseland Community Hospital “where he became physically aggressive with hospital staff and accompany CPS officers. Once again, reasonable force was employed, including a Taser deployment, to gain control of the offender.”

At Roseland, according to The Tribune, Coleman was given a sedative. He was pronounced dead at 5:47 p.m. CST. An autopsy was inconclusive and the medical examiner’s office has said the cause of death is pending further investigation.

The Independent Police Review Authority is investigating the matter, but Chicago Mayor Rahm Emanuel has said he is concerned about how long it can take for the police review board to investigate accusations of police misconduct. A BlackAmericaWeb.com look at the board website showed it could be four years or more before a ruling is issued.

Percy Coleman told BlackAmericaWeb.com that his son’s case could not be easily swept under the rug because Philip Coleman had no criminal record, did not deal in drugs, was a University of Chicago graduate and also had a master’s degree.

“Thirty-eight years old, never been in trouble. No problem until that day,” Percy Coleman said. “Because he spit on a police they gave him a death sentence.

“I know the game and I know that they’re doing,” Coleman said. “I’m in law enforcement. I know what to do. You don’t take someone who is bleeding from the mouth and hands to a lockup. You take him to the hospital because you don’t want the responsibility.”

Coleman said his wife was bruised in the incident, but “physically she’s doing okay and the doctor said she is doing much better.”

He said she has been crying a lot, however, concerned that a story would circulate that there was some history of violence with their son and “that we raised a monster.”

Coleman said he planned to write an open letter to President Obama calling for an investigation into the practices of the Chicago police department.

“All they had to do was follow their own damn law and take him to the hospital. They could keep him under arrest.”