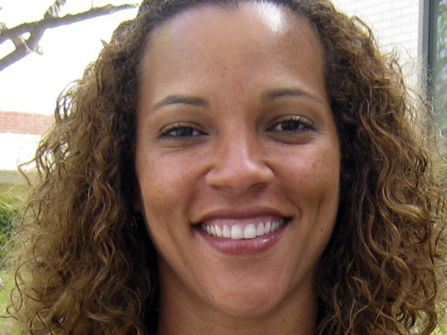 LOS ANGELES (AP) — The family of a woman whose actor husband has been charged with her killing said in a statement Thursday that she was an exceptional mother and their focus is on adequately providing for her three children.

April Jace‘s family thanks supporters for their prayers and donations and called her shooting death May 19 “a senseless act of domestic violence.” The statement was released to The Associated Press by her former employer, Biola University, where April Jace worked as a financial aid counselor.

“April was a vibrant, beautiful woman and an incredibly dedicated mother. We will all miss her contagious laughter, vivacious personality and her radiant smile,” the family wrote.

Jace’s husband Michael Jace, who played a police officer on the hit TV series The Shield, has been charged with murder. Police say he shot his wife to death during an argument but have not released details on his motive. The actor is due back in court for arraignment on June 18.

“Now, her youngest sons are left without a mother or a father to care for them,” the family’s statement wrote. “As the press dies down, these precious young boys will be left with ongoing reminders of their utterly tragic loss.”

“We cannot reverse the senseless violence that resulted in April’s death but we can invest in the lives of her innocent children that are paying the price for it,” the family wrote.

Detectives have said they are investigating whether financial difficulties or other marital problems led to the shooting. Michael Jace filed for bankruptcy in 2011 and had fallen behind on payments to creditors are recently as December.

Jace is best known for playing officer Julian Lowe on The Shield but he also appeared on the show Southland and had small roles in the movies Planet of the Apes, Boogie Nights and Forrest Gump.