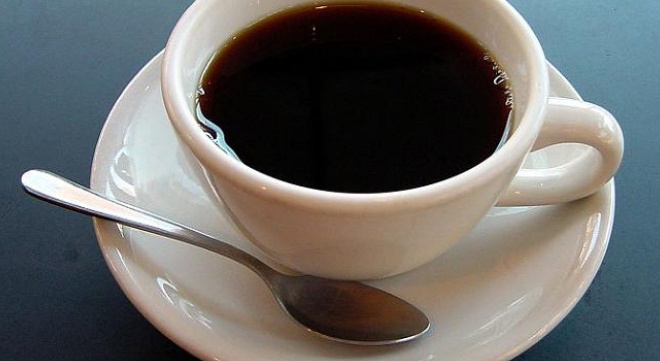 On Feb 6, an African-American Ohio man was followed, slammed and arrested by a local white police officer.

His crime? “Jaywalking” with a cup of coffee.

According to Raw Story, the recently uploaded video on the Free Thought Project‘s website shows 29-year-old Charles Harrell with a cappuccino in hand, walking down the street after leaving a local coffee shop. Behind him is a white police officer on a bicycle following closely.

Harrell looks into the camera and says, “You can’t be a Black man and enjoy your morning, because the police are going to harass you in Cincinnati, Ohio,” Harrell explained. “Walking down the street, the cop just asked me if I have a problem.” Later the police officer, Baron Osterman, pulls up to Harrell saying that “he crossed against the light on the deserted street.” Harrell replies to Osterman, “Sir, you were scaring me, sir. I don’t know why were following me. You were following me all the way down the street.”

A few seconds later, Osterman tells Harrell tells him to set his things on the ground, Harrell refuses saying he is going to show him his ID. Osterman then tells Harrell to not put his hands in his pockets. From there a scuffle went down “with Harrell [being] slammed into a wall before being pulled to the ground where he is handcuffed,” Raw Story wrote.

Harrell stressed that he hasn’t done anything wrong and that his rights are being violated. “I didn’t do sh**. He followed me all the way down from the store. He’s violating my constitutional rights, my human rights and my civil rights. I’ve got 13 years in a f***ing penitentiary. You can’t do this stupid a** sh** to me. No, no, no, no no no. I came out the store, bought my f***ing cappuccino. He following me and my friend. I went down here. He said ‘you got a problem’…They do this sh** every f***ing day,” he yelled.

Harrell was later arrested for a pedestrian violation, resisting arrest and for having a “small amount of marijuana,” Raw Story noted.

While the Cincinnati police recently learned of the video, it was reviewed internally on Friday. Cincinnati Police Sgt. Dan Hils told WCPO Cincinatti News that after looking at the clip, he believes that “Osterman did not violate any procedures or protocols during his encounter with Harrell.”

“Everything I saw, I didn’t see anything that the officer did that was wrong,” he said.

This isn’t the first time that Osterman has been in the news for problematic behavior.

In 2003, he was one of 6 officers involved in the arrest and death of Nathaniel Jones, who died during a struggle in a restaurant parking lot. A coroner’s report said that Jones death resulted from the struggle and positional asphyxia, WCPO reported. But that same report noted that Jones was obese, had drugs in his system and also had heart disease, which could have led to his death. (Sound familiar?)

While Jones’ family sued the officers in a civil suit and lost, criminal charges were never filed against Osterman and his colleagues. They were back to work a month after Jones’ death.