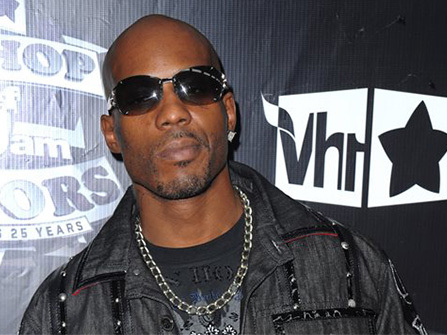 DMX will make a guest appearance on Tuesday’s (Dec. 1) episode of the ABC sitcom Fresh Off The Boat.

His character offers love advice with chef Eddie Huang’s younger self to help woo his girlfriend.

The series is based in Orlando, Fla., and follows the true life of famed chef Huang, and his upbringing in a Taiwanese household. It also highlights Eddie’s lifelong fascination with hip-hop.

Check out the teaser below and catch Fresh Off The Boat on ABC at 8:30 p.m. EST on Tuesday.

While this will mark the rapper’s TV sitcom debut, this isn’t his first screen role, as he made his acting debut in the 1998 crime drama Belly, and also starred in action films Romeo Must Die, Exit Wounds and Cradle 2 the Grave.

His creative endeavors have often been stalled and overshadowed by his legal woes, with his most recent arrest occurring in October for failing to pay child support to the mother of his four children.

Meanwhile, DMX will collaborate with Swizz Beatz for his Art Basel Art and Concert Series, along with Swizz’ wife, Alicia Keys. As Billboard notes, the collaboration, called Casa Bacardi at Wynwood, will encompass two separate but connected events running from Dec. 3-5.

The first is a No Commission Art Fair, where artists will be allowed to showcase their work for free and take home 100 percent of their proceeds. The second is the Bacardi Untameable House Party, where a host of established and emerging musicians will perform.

“It’s by the artist, for the artist, with the people,” Swizz tells Billboard. “And I think a lot of people forgot the message of why they’re even going down to Basel. You’re going down to Basel because there are amazing, creative artists who took a lot of time out of their lives to put together some masterpieces and hope for entry in a great collection or for somebody to be inspired.

And not taking anything away from Basel or from the galleries, but I just chose to do something different. And I think the world needs more powerful collaborations that are willing to push the envelope and not really follow the necessary rules that are laid out.”

The No Commission Art Fair will be free and open to the public, as will each night’s House Party but they will require an RSVP.