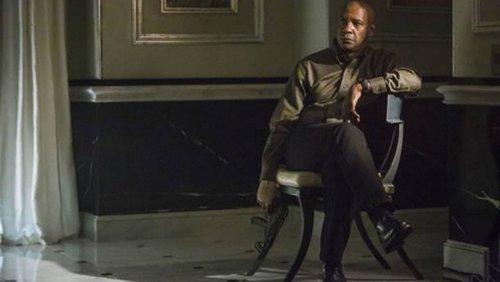 Denzel Washington’s experience shooting his new movie The Equalizer in Boston revived memories of racial discrimination he encountered more than 30 years ago.

Washington was at the Toronto Film Festival press conference Sunday for Equalizer, which premieres at Roy Thomson Hall. For most of the time, he, director Antoine Fuqua and actors Chloe Grace Moretz and Marton Scokas talked about acting methods and the uneasiness of the first day of shooting. But a question about filming the movie in Boston and a comment Washington made about his wife’s upcoming one-woman show led to unexpected revelations.

Washington recalled how about three decades ago he was in Boston with wife Pauletta Learson Washington, who was performing in a play, and some people in his hotel thought he was a pimp, and she was a prostitute. Security was called, and a fight broke out.

“I didn’t know how to fight, but I knew how to win,” Washington told the assembled media.

He also recalled how he walked to his wife’s show one night and was called the N-word.

Then he recounted how the first time he was called the N-word was when he was in Florida on a balcony around the age of nine. He was called the pejorative word by a group of kids and then went into the house and asked his mother why.

“And she said, ‘Oh, that’s just somebody worried about you taking their place.’ It was like crabs in the bottom of the barrel. And in Southwest Boston, they were all right there,” he said, referring to homes in poor areas that are packed next to each other. “They are at the bottom. So it was like, ‘We’re better than you.’ Yeah, so I came in (to Boston) with all those kinds of memories.”

The Equalizer hits US theaters Sept 26.