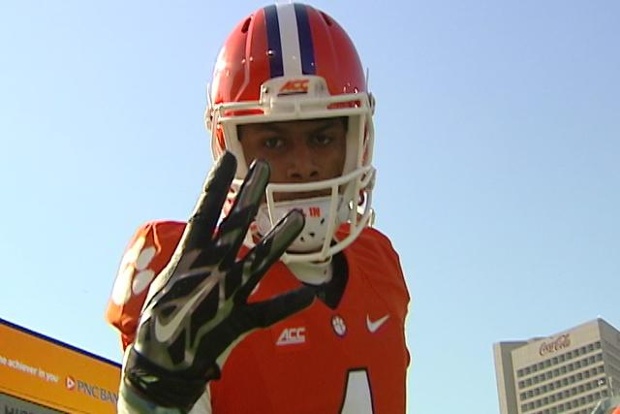 CLEMSON, S.C. —Clemson quarterback Deshaun Watson had another sterling afternoon in the victory over NC State and was named the National Offensive Player of the Week by the Walter Camp Foundation on Sunday. The sophomore quarterback completed 23-30 passes for 383 yards and five touchdowns. He also ran the ball 14 times for 54 net yards and a touchdown.

Watson is the first Clemson player to be honored with a National Player of the Week honor by the Walter Camp Foundation since 2012 when Tajh Boyd won the award for his performance against NC State.

Watson has moved into first place in the ACC and eighth in the nation in passing efficiency with a 168.3 figure this year, as he has complete a league best 70 percent of his passes for 1936 yards, and 20 touchdowns.

Watson’s passing efficiency on Saturday of 238.9 was the best in Clemson history for a single game given a minimum of 30 passes. It was also the best for any FBS quarterback this past week among quarterbacks who threw at least 30 passes.

For his career, Watson now has an efficiency rating of 171.11, second best among all active FBS quarterbacks who have played thrown at least 325 passes. He is already sixth in Clemson history in career touchdown passes with 34.