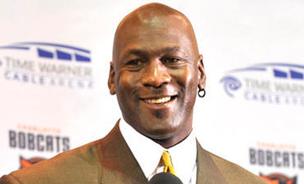 ATLANTA — The woman suing Michael Jordan for paternity and child support — claiming he fathered her 16-year-old son — has dismissed her case against the NBA star.

A lawyer for a woman who says Michael Jordan fathered her teenage son has withdrawn her paternity suit, but left open the possibility that it could be refiled.

Kessler said the lawsuit was withdrawn Friday without prejudice, meaning it can be refiled.

Smith filed the suit herself last month against Jordan and asked that the basketball hall of famer take a paternity test and pay child support. She later hired Kessler’s firm.

Jordan has denied that he’s the father of Smith’s 16-year-old son. A lawyer for the majority owner of the NBA’s Charlotte Bobcats has said Smith’s divorce filings established her ex-husband as the father.

Jordan’s spokeswoman Estee Portnoy on Monday confirmed that Smith dismissed the paternity suit. Portnoy said there was no settlement or money paid to Smith. She said the lawsuit had no merit.

Kessler previously said the ex-husband hasn’t paid child support or been involved in the teen’s life.

Smith “began this case without an attorney and did her best to file what she believed to be a legally appropriate case,” Kessler said in a statement. “She then hired our firm just before the first court appearance. Ms. Smith has relied on our advice and determined that dismissal at this time, without prejudice, is in her son’s best interests.”