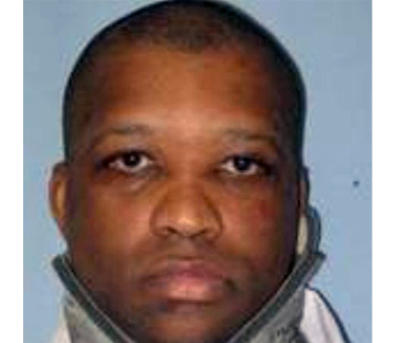 The city of Birmingham settled a controversial police beating lawsuit for over $450,000, but the plaintiff remains in prison and won’t see even half of his winnings.

Under terms of the settlement approved by the City Council and Mayor William Bell, Anthony Warren will receive $1,000, while his attorneys receive $359,000 in fees and $100,000 in expenses, AL.com learned this evening.

In his lawsuit, Warren claimed five Birmingham police officers used excessive force when they hit and kicked him at the end of a high speed chase in 2008. A video of the chase and its aftermath was widely publicized and garnered national attention.

The 20 to 25-minute car multi-city chase began when Warren attempted to flee from a narcotics officer. He then hit a school bus, a patrol car, and struck a Hoover police officer who attempted to lay tire puncture strips across U.S. 31.

Warren was finally arrested when his vehicle flipped over. The police dashboard camera video shows officers striking Warren for less than 10 seconds as he lay on the ground.

“During the chase Mr. Warren endangered the lives of numerous innocent civilians and police officers,” Birmingham officials said in a written statement. “The chase ended shortly after Mr. Warren struck a Hoover police officer with his vehicle on Highway 31. Although deadly force was warranted at various points during the chase, the officers testified that their goal was to preserve Mr. Warren’s life and the lives of innocent bystanders.”

A jury had previously acquitted officers of criminal charges in the case.

Judges had dismissed civil claims against Birmingham, Hoover and several police officers. Officers Kenneth Prevo, David Doran, Barrett Dewitt, Thomas Cleveland, and Heath Boackle were the only officers remaining in the case when it was settled.

None of the defendants admitted liability and each party agreed not to file any appeals from any prior court orders, which puts an end to this six year old lawsuit.