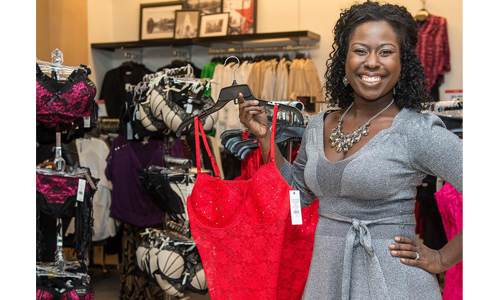 Meet Psyche (pronounced psi-key) Terry. She is the founder of Urban Intimates, a sexy lingerie brand for “full cup” women.

Psyche redefined her power by building Urban Intimates in 2009. She had just given birth to a healthy baby boy and naturally, her body was changing. Coupled with insecurities that stemmed from a non-traditional upbringing, she was inspired to create something for women.

If you’re thinking knitted scarves and blankets to busy the time until her husband came home from work, guess again.

Psyche came from a busy, stress-induced life in corporate America that. Armed with an arsenal of degrees from fancy schools, she had an idea and her husband Vantoba had a Masters in Economics.

Psyche wanted something intimate. So much so that it made a woman stop and look at herself in a different light. Something that got straight to the heart and dealt with what many women were too embarrassed to admit — their individual struggles with body image. 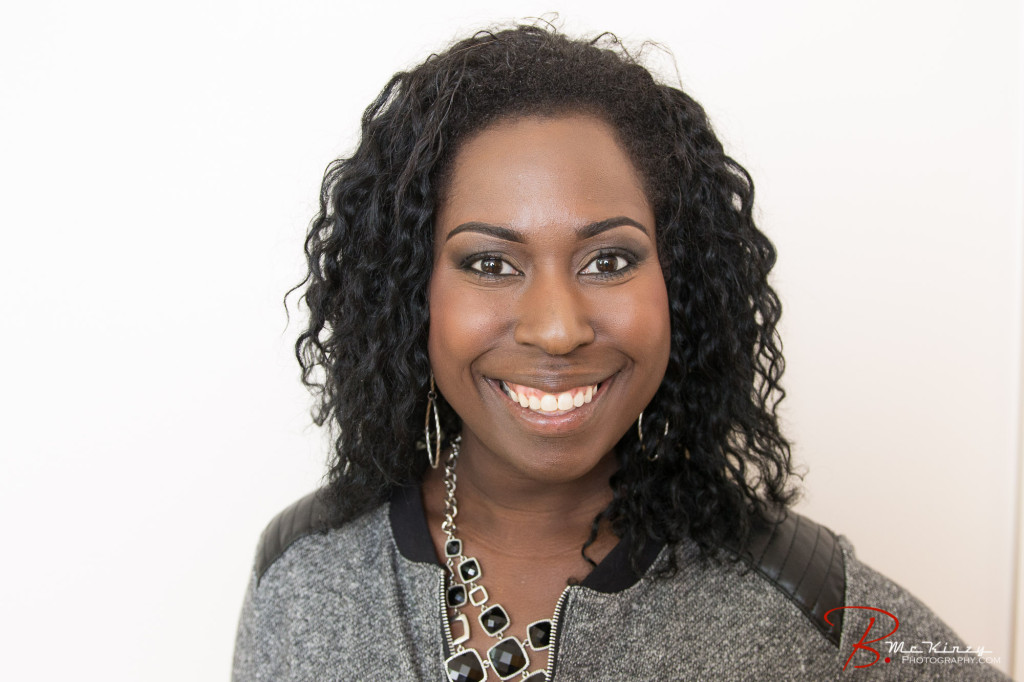 “It started a lot with me growing up and being teased. I wanted to be the girl that wasn’t just “okay”, but the girl that was “amazing”. I grew up with lower self esteem than I could have if something like this was out. Something that proved the confidence of women that looked like me,” she says.

Her mission was very clear. However, the journey that led to Urban Intimates being sold nationwide in Macy’s and JCPenny’s, was often not.

“Macy’s happened with a lot of hard work and faith. We signed up for a program with 10,000 other people. It was very reminiscent of American Idol. I remember asking myself, ‘what am I doing?’. I only had a bra and an article from Essence,” Terry said.

The program was ‘The Workshop At Macy’s’, an initiate geared to working with people and women of color. Their goal: branch out and gain more insight on things they may not know as a majority.

Out of 22 people accepted into the program, Psyche and her intimate apparel line was one of only five businesses Macy’s actually placed an order with.

Two years later Urban Intimates could be found in 10 stores. As successful as the joint venture sounded, reality soon hit.

The duo maxed out credit cards and cleared out their 401K to fly to China to meet with manufactures about a “huge” order Macy’s would soon be placing. After finding out that the store would be placing a much smaller order than what Psyche and Terry thought, the future of Urban Intimates’ was questionable.

“We thought we were going to have to shut our doors.”

Unbeknownst to them, it was Macy’s purchase of the line that would eventually help seal the deal with another competing department store.

“JCPenny was a whole lot of faith. We prayed for seven days and within a week we received an email from Penny’s expressing their interest. They were the reason we were able to manufacture.”

While the entrepreneurial spirit is often deemed lofty and non-traditional, Terry encourages those with like-minded gifts and ideas to go after what they want and be mindful of the lessons that may meet you along the way.

“Have a product that customers are looking for. Have very thick skin and be able to accept change quickly and keep track of where and what you spend. Believe it or not some of the biggest names in the business will try and leach off of you,” she says.

Working side by side with your spouse everyday could prove to be challenging, but the pair have figured out what works best for them — in business and in life.

“It’s been fun being married and in the business together. Our relationship has grown so much. We’ve done undergrad together, grad school together and now we’ve been crazy enough to do this business together. He literally grabbed a ruler and learned everything there is to know about measuring bras.”

So how does a busy mom of almost three (the couple is expecting a baby this year) balance being a wife, mother and successful business owner who travels around the country several times a month?

“We don’t work on weekends for the most part. We’ve adjusted our work schedule but when school is over, I cut off work. Mommy still has her cell phone, but it’s all about the kids,”she says.

With her sights set on an Urban Intimates store in a trendy, upscale mall, Terry says that in a perfect world, there are three celebrities she’d love to see wearing her line.

“Beyonce and Jennifer Lopez both represent confidence and femininity. They’re both influencers and that’s what our line is all about. I’ve also been dying to dress First Lady Michelle Obama. I’ve got to get to the White House somehow.”

With her courage and tenacity to win in life, we’re sure Psyche will have no problem getting inside the iron gates on Pennsylvania Ave someday.