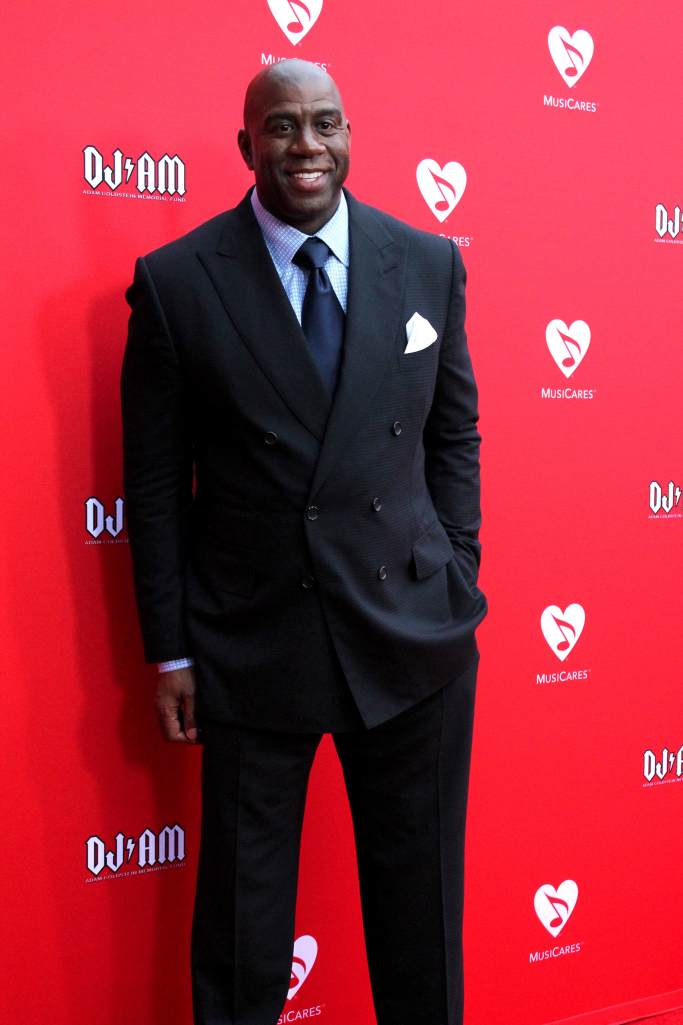 Magic Johnson allegedly has ‘secret 35-year-old love child he abandoned…so says the woman who claims the basketball great had his advisor try and strong-arm her into getting an abortion, the Daily Mail reports.

In an interview with the National Enquirer, Renee Perkins says Magic Johnson is the father of her 35-year-old son, and that he abandoned the boy after he was born… and refused to provide for the child.

Perkins said she began dating Johnson in 1981, but that he split the following year when she revealed she was pregnant. Soon after, she gave birth to son Chauncey, who is now a real estate agent living and working in Atlanta, Georgia.

Renee raised Chauncey as a single mother because Johnson refused to offer help once the lab where she had a paternity test done lost the results that she claims would prove Johnson was the boy’s father.

“It tore me apart because I really didn’t want to have or raise a child on my own,” said Renee of Johnson’s decision to abandon her when she got pregnant.

She also claims that after she got pregnant, Johnson had his ‘advisor’ Dr. Charles Tucker talk to her about terminating her pregnancy.

“[Dr. Tucker] told me I really had to get an abortion, and that Magic was not going to be with me because he had his career to worry about,” claimed Renee.

Renee says she had to stop pursuing the paternity suit that she filed once she ran out of money to pay for an attorney. However, to support her claim, she provided proof that both she and Johnson had taken a DNA blood test and a phone conversation from 1985 in which he allegedly acknowledges their son.

Johnson married Earlitha ‘Cookie’ Kelly in 1991… the same year he publicly admitted that he had contracted HIV. The couple have two children — daughter Elisa and son EJ. Magic also has a son Andre who was born in 1981 as a result of his relationship with Melissa Mitchell. 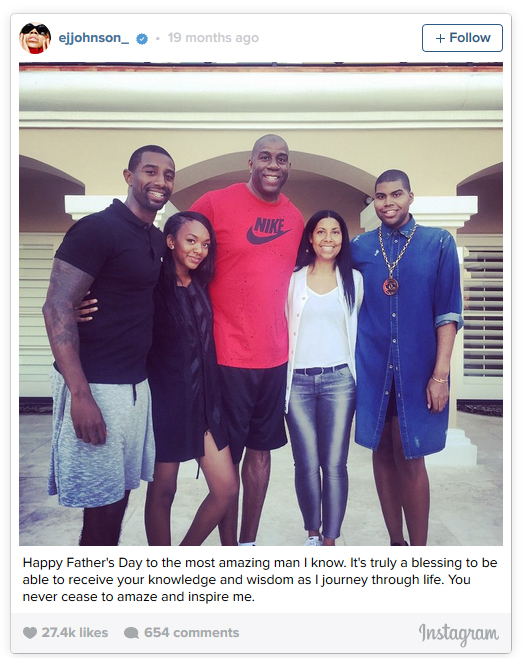