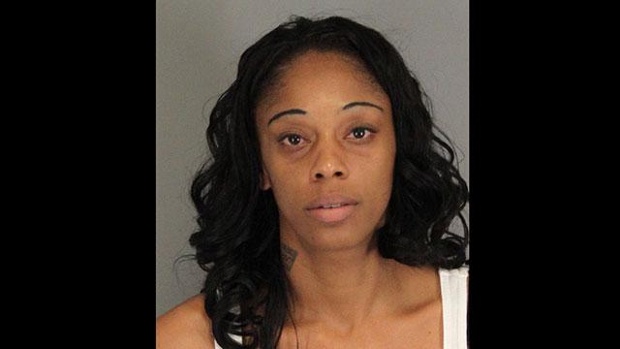 SPARTANBURG COUNTY, S.C. —An Upstate woman is facing charges after she chased a man around an Upstate business with a baseball bat, according to a report from the Spartanburg County Sheriff’s Office.

Deputies responded to Grupo Antolin in Spartanburg on Thursday after an employee called about a disturbance with weapons.

According to the report, a witness told deputies that Shanayda Morris, 36, a former employee, was chasing a current employee around the break room with a baseball bat, threatening to kill him.

The report said another woman was blocking the door and not allowing the man being chased to leave.

The report said the witness said that at one point, Morris threw the bat and he tried to get it, but she acted like she was going to hit him with it. When the witness told Morris he was calling 911, he said she and the other woman left, the report said.

The man being chased told deputies that he and Morris were supposed to get married, but he decided not to and left her, the report said. He said that is why she was upset.

The report said the man was on the phone with Morris while deputies were there, and she told him she was going to hurt him and that she was headed to his home in Gaffney.

Deputies said they were able to see the video of the incident and that the video confirmed what the witness said happened.

The report said Morris and the other woman got into the building by following behind an employee who opened the door with their badge key.

The human resources department of the company said they wanted to press charges against Morris for burglary, according to the report.

The report said a judge signed warrants for Morris for two counts of burglary.

Deputies are looking for Morris. The mugshot attached to this article is from a previous arrest.