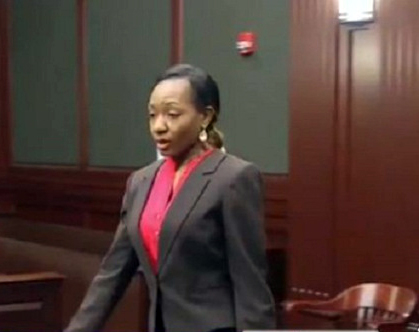 A 44-year-old Jacksonville woman who admits to shooting and killing her husband is standing behind Florida’s controversial “stand your ground” law as the reason why she pulled the trigger.

Callie Adams told Jacksonville police in 2011 that she shot her husband, Rodney Adams, two times during a fight inside their car because Adams was repeatedly punching her in the head. Police said the shooting happened at close range in the parking lot of a nightclub.

A stand your ground hearing for Adams was held Thursday at the Duval County Courthouse, a hearing that will determine whether or not this case ever goes to trial.

According to police reports, after an argument, Adams claimed her husband punched her repeatedly in the head, and the former Marine reached for her gun in the family car and fired.

What do you think? Is this a case where SYG is warranted? Was the woman right in defending herself against her abusive husband?