Why People Of Faith Must Vote This Year
POSTED BY WLAS March 31st, 2016 0 COMMENTS 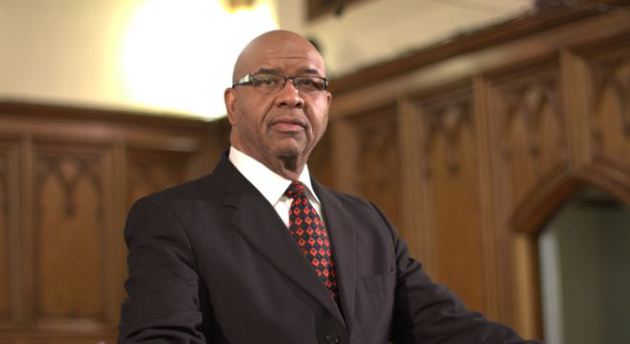 This year, the Progressive National Baptist Convention, Inc. (PNBC) celebrates its 55th anniversary. We are in our emerald year of providing God’s work around the world. The PNBC denomination was founded through the Civil Rights Movement and became the spiritual home of Dr. Martin Luther King, Jr. Our mandate to advance human and civil rights has never been more evident.

Not even Rip Van Winkle could sleep through the turbulent times through which we are passing. The resurgence of racism, the future of the Supreme Court, the dismantling of the Voting Rights Act, the future of the Affordable Health Care Act, police brutality, and a biased criminal justice system, all make it imperative that we wake up and sound the alarm to stir our people to participate in this year’s election.

Additionally, we are being failed by the government systems that were put in place to protect us. As proof, you can look no further than the poisoning from contaminated water of children and families in Flint, Michigan. On April 4, the 48th anniversary of the assassination of Dr. Martin Luther King, Jr., I will participate in an ecumenical gathering at First Trinity Baptist Church with Pastor Ezra Tillman in Flint to support its citizens. We will march and call for the resignation and prosecution of Michigan Governor Rick Snyder for atrocities committed against Flint residents.

Beyond the state of Michigan, the nationwide statistics that demonstrate how African-Americans are treated in the criminal justice system are alarming. The list below is comprised from research gathered by our social justice partner, the NAACP.[1] These facts cannot be ignored because African-Americans:

Most dangerously, our voting rights are being destroyed. Due to a recent Supreme Court decision, over thirty states have changed their voter registration laws; making it more difficult for African-Americans, Hispanics, the elderly, and college students to register to vote. PNBC is acting now to help eradicate the onslaught of suppressive tactics by those who choose to keep us from experiencing the rights that we are afforded as United States citizens. Our mission of equipping pastors and churches to be effective in ministry; lifting our voice on behalf of the voiceless is increasingly more urgent. The African-American church is alive and well, but we need your help.

PNBC is organizing a nationwide campaign to register 200,000 new voters through our more than 2,000 churches. We are collaborating with the SCLC, NAACP, and other organizations to register a total of 1,000,000 voters by the general election. The answer to voter suppression is voter education and voter participation.

We must assure that our family and friends vote in the upcoming election to make a difference in the outcome. This is what we call our Progressive Factor. PNBC offers a free resource, Faith Leaders Toolkit for Civil Engagement, available to any organization that wishes to create a voter registration drive. Created by the Freedom Sunday Coalition, it is completely adaptable to your faith-based or secular group. To track progress, we are asking that organizations submit event information and the number of newly registered voters to voter-registration@pnbc.org.

The time is now to actively inform our communities of the issues at stake and address why we must show up and vote in this critical election year. The outcome is going to determine the direction of our country for the next fifty years. The prophet Amos reminds us in verse 5:24 to “let justice roll down like waters and righteousness like an ever-flowing stream.” Please join me in this campaign. We are facing a national crisis and cannot be comfortable sitting on the sidelines. People get ready. It is time to vote. Our very future may depend upon how we act now. Do not let this moment pass.

PNBC was founded in 1961 to give full voice, sterling leadership, and active support to the American and world fight for human freedom. PNBC membership consists of approximately 1.5 million people in the United States and 2.5 million people worldwide. Visit www.pnbc.org.