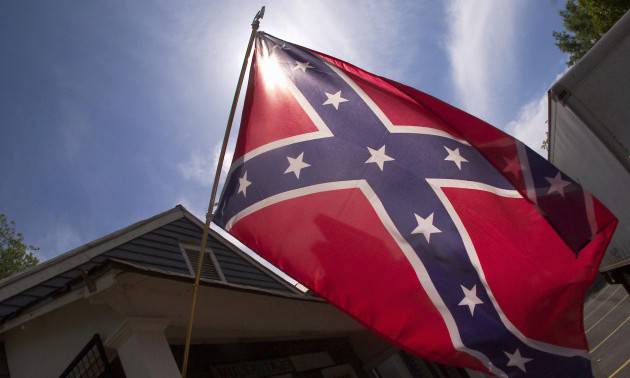 According to the Daily Progress, protesters took to Charlottesville’s Lee Park just after 9 p.m. chanting “You will not replace us,” “Russia is our friend” and “Blood and soil.” They also yelled “All White Lives Matter,” and “No More Brother Wars,” and stressed that they were only trying to protect their “white heritage,” NBC News added.

“I’m here to take part in this great celebration of our heritage and to say ‘no’ to the city of Charlottesville. You’re not going to tear down our statue and you’re not going to replace us,” Spencer told NBC affiliate WVIR.

Thankfully, after ten minutes the police broke it up. No one was arrested and no one was reported injured.

Local officials have condemned the protest.

In a statement, Charlottesville Mayor Mike Signer called the event “either profoundly ignorant or was designed to instill fear in our minority populations in a way that hearkens back to the days of the KKK. Either way, as mayor of this city, I want everyone to know this: we reject this intimidation. We are a welcoming city, but such intolerance is not welcome here.”

Democratic House of Delegates leader David J. Toscano took to Twitter to speak out against it as well:

Even local Republicans had words for this act of hatred: “Whoever these people were, the intolerance and hatred they seek to promote is utterly disgusting and disturbing beyond words,” Erich Reimer, chairman of the Charlottesville Republican Party, said in a statement. “This is a time for our community to come together on our common values of liberty, equality and justice for all, in stark contrast to them.”

The drama around the statue started back in April when the Charlottesville City Council voted 3-2 to remove and sell it. A judge has halted its sale for at least six months, citing that the statue is a war memorial.