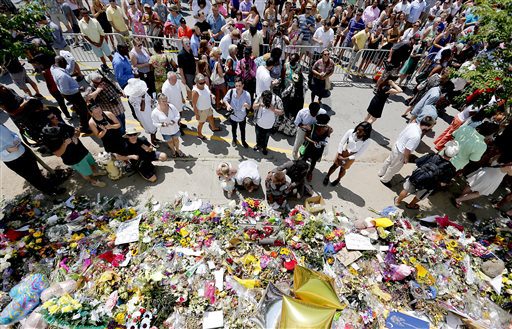 A White House spokesman said on Monday afternoon that President Barack Obama will travel to Charleston this Friday to eulogize Rev. Clementa Pinckney, who was killed in a mass shooting at Emanuel AME church along with nine others.

On Friday, June 26th, the President and Vice President will travel to Charleston, South Carolina to attend the funeral services of Rev. Clementa Pinckney where President Obama will deliver the eulogy,” said a White House spokesman.

Pinckney, who is also a state senator, was gunned down during Bible study at the historic the historic African Methodist Episcopal Church in downtown Charleston in what’s being investigated as a hate crime.

After the attack, Obama — noting that he and the first lady know Pinckney — expressed “deep sorrow” over the “senseless murders.”

“And to say our thoughts and prayers are with them and their families and their community doesn’t say enough to convey the heartache and the sadness and the anger that we feel,” Obama declared. “But I don’t need to be constrained about the emotions that tragedies like this raise. I’ve had to make statements like this too many times.”

This will be the second eulogy the president will deliver this month. In early June, President Obama delivered the eulogy at the funeral of Beau Biden, the son of the vice president.