What it Means that the Surgeon General Now Calls Vaping an ‘Epidemic’
POSTED BY WLAS December 20th, 2018 0 COMMENTS 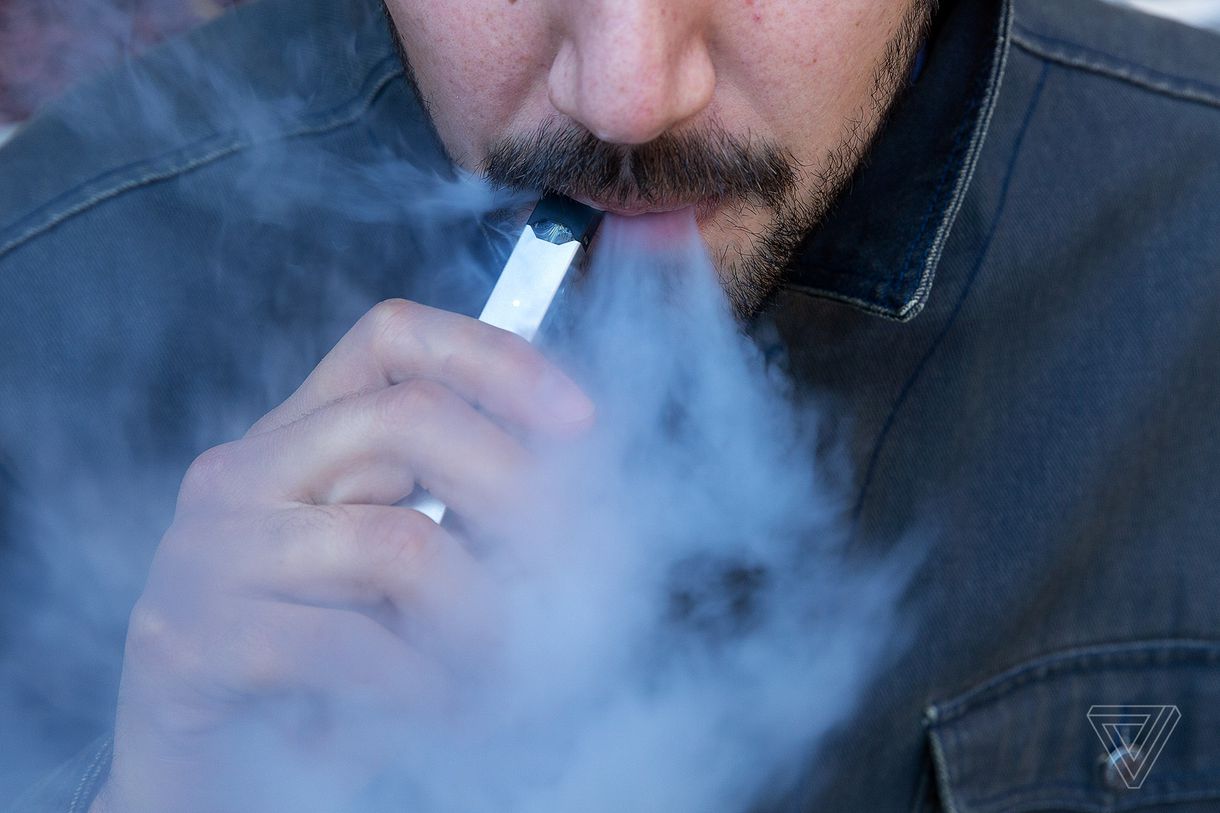 The US Surgeon General just declared youth vaping an epidemic, and called out e-cigarette giant Juul as part of the problem in an advisory today. The Surgeon General’s declaration isn’t a new policy or enforcement action against vape companies or retailers. But it is a call to action that follows news that teen vaping is skyrocketing.

Surgeon General Jerome Adams’ advisory lays out why teen vaping is a public health concern: nicotine can mess with the developing brain, it’s addictive, and the chemicals in e-cigarette vapor may be unhealthy to inhale. The advisory says a recent surge in teen vaping “has been fueled by new types of e-cigarettes that have recently entered the market,” and calls out vape giant Juul for its high nicotine doses.

““They are only issued rarely, when immediate action is called for.””

The Surgeon General’s power is more about influence, and less about enforcement: the real regulatory power over vaping comes from the Food and Drug Administration. So this advisory doesn’t have any legal force, Micah Berman, a professor of health services management and policy at The Ohio State University, tells The Verge in an email. “They are a tool used by the Surgeon General to call attention to an issue and to provide guidance to the public,” Berman says. “They are only issued rarely, when immediate action is called for — which is what makes them so noteworthy.”

Do you have information about vaping, e-cigarette marketing, or Juul? Email the author at rachel@theverge.com, or use SecureDrop or Signal to securely send messages and files to The Verge without revealing your identity.

The advisory asks parents, teachers, and health care providers to talk to teens about vaping, and why it’s risky. It also urges state, local, and tribal governments to create clean air policies, curb the sale of flavored e-cigarette products, and prevent advertising campaigns aimed at young people. “Our nation’s doctor sees this as a problem,” says Brian King at the Centers for Disease Control and Prevention’s Office on Smoking and Health, who worked on today’s advisory. “We ultimately hope [this] will galvanize folks at multiple levels, particularly at the state and local level.”

Juul was specifically name-dropped in the report because of its dominance over the e-cigarette market. “We’ve seen skyrocketing rates of sales of Juul within the past several years,” King says. The advisory notes that Juul’s sales climbed 600 percent between 2016 and 2017. The company’s market dominance combined with a spike in teen vaping leads to an alarming conclusion, according to King: “These specific USB-shaped products, including Juul, are helping to drive this marked increase we’ve seen among our nation’s youth,” he says.

That’s in part because Juul uses a form of nicotine that’s less harsh, and therefore less unpleasant to people who aren’t used to inhaling the stuff, King says. “That’s particularly problematic when we’re talking about young people,” he says. In response to the Surgeon General’s advisory today, Juul spokesperson Victoria Davis says in a statement that Juul wants to prevent young people from vaping. “We cannot fulfill our mission to provide the world’s one billion adult smokers with a true alternative to combustible cigarettes if youth use continues unabated.”

““Using the e-word, epidemic, takes it to a higher level.””

The advisory adds the Surgeon General’s voice to a growing chorus of alarm-sounding from public health agencies. It refers to e-cigarette use among young people as an “epidemic,” which echoes language used by the FDA. It also follows in the wake of back-to-back reports of skyrocketing rates of teen e-cigarette use. Last month, the CDC and the FDA reported a 78 percent increase in vaping among high school students compared to last year. And yesterday, the nationwide Monitoring the Future survey reported that 21 percent of high school seniors say they vaped nicotine in the past 30 days — up from 11 percent last year. “These are simply unprecedented increases that we’re seeing,” King says.

That’s why it’s particularly significant that the Surgeon General is using the word “epidemic,” says Kathleen Hoke, a professor specializing in public health law at the University of Maryland: “Using the e-word, epidemic, takes it to a higher level. From a public health perspective, we try not to use that word unless it’s warranted — otherwise you have the boy cried wolf,” she says. But she says, according to these health officials, youth vaping has reached that level: “It’s broad, vast in its impacts, and of deep concern about its lasting effects.”