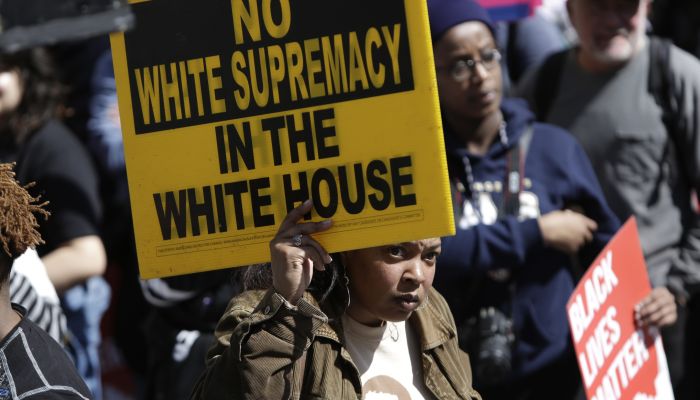 Racists continue to crawl out of the woodwork at a time when they feel emboldened to spew venom because of the national political climate. Now, a new disturbing viral video has emerged of a Chicago man spitting at people, punching a man and going on a racist rant at a Starbucks Tuesday before he was arrested and charged with a misdemeanor, reports ABC7.

Police said the 23-year-old White male–identified as William Boucher–started his tirade after a Black male spilled coffee on him, reports DNAinfo Chicago. 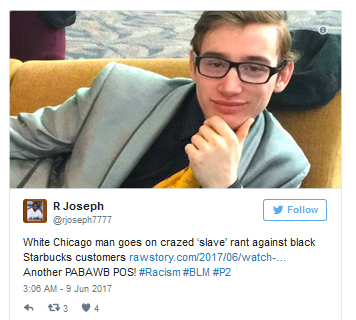 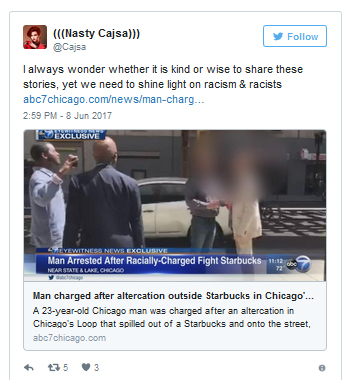 A video taken by an ABC7 photographer of Boucher, who was wearing a light-colored suit, shows him telling a customer to “shut up” and calling him as a “slave.” Boucher also yelled “disposable vermin” and referred to the customer who spilled coffee on him as livestock, the report says.

Authorities also said an enraged Boucher spit at a 30-year-old man and 34-year-old woman, writes DNAinfo. He then walked outside onto the street. He then proceeded to get into a physical altercation with a male, telling him to “get on all fours,” notes the report.

Starbucks employees told ABC7 that Boucher has been a problem customer in the past, but this incident is the first time that he has been violent.