Warren Sapp stiffs waitress on a tip, then explains himself on Twitter
POSTED BY WLAS July 3rd, 2014 0 COMMENTS 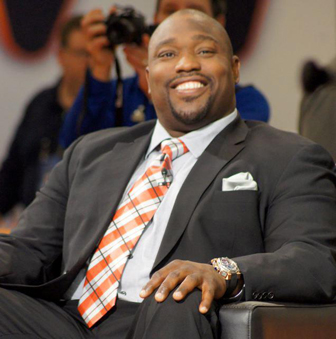 People claiming they were stiffed on a tip via social media is rivaling “stranded traveler needs a money transfer” in the Hall of Fame of hoax cliches, but nobody was kidding about Warren Sapp stiffing a waitress on a tip Tuesday.

Sapp, a legendary defensive tackle with the Buccaneers and Raiders who also is legendary for being ornery at times, apparently went to a sports bar to watch the U.S. soccer team play its World Cup match. He and the other person he was with had a nice meal, with an appetizer, wings, a reuben sandwich, some Heinekens and a pizza. The bill came to $69.39. No big deal.

But then the waitress didn’t get a tip, and Sapp made sure the waitress knew he didn’t just somehow forget it. The receipt ended up with ESPN.com’s Darren Rovell. 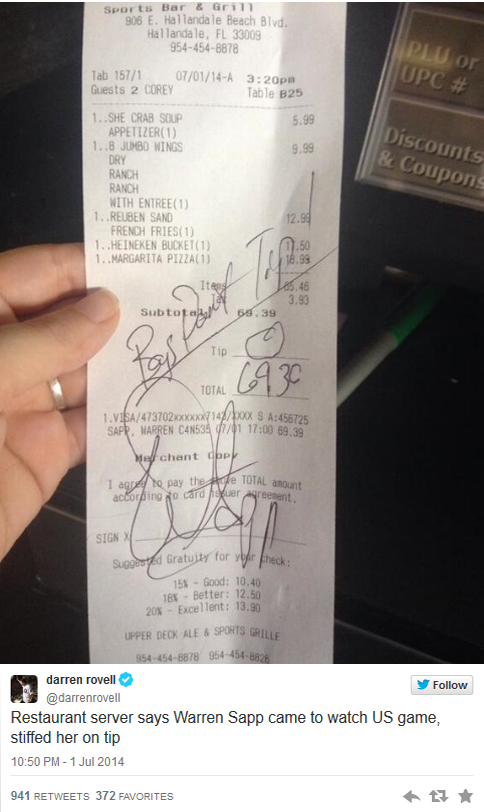 The message on the receipt was “Boys don’t tip!” which seems odd. And the chances of this being a fake seemed reasonably high, until Sapp himself shot back on Twitter about it. 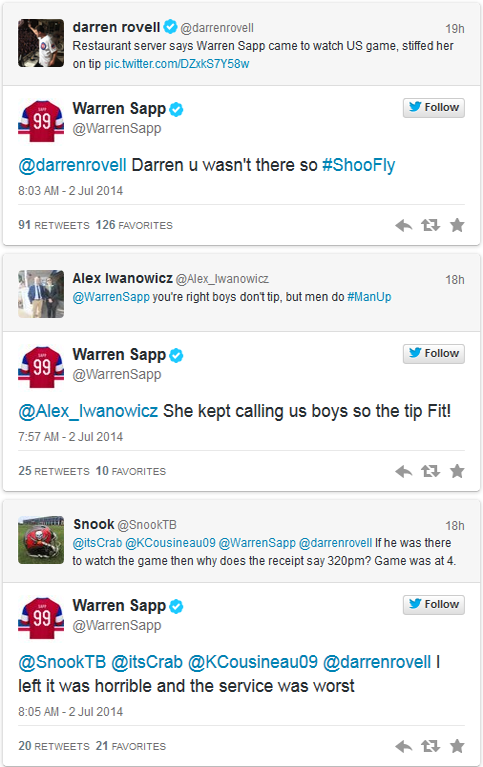 Well, there you have it. Did the waitress deserve to get stiffed? Was Sapp being insufferable? Don’t know, wasn’t there. We’ll let you make your own judgments on that one.