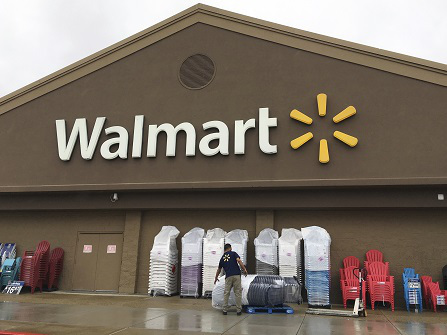 Walmart is being sued by Essie Grundy for discrimination after the retailer allegedly placed African-American hair products inside a locked case, while similar products marketed to non-black folks were easily available.

“It was something I had to stand up for,” said Grundy. “I would like the glass to go down, and for things to go back to the way it was, where it’s not segregated and everything is where everyone can get what they need.” 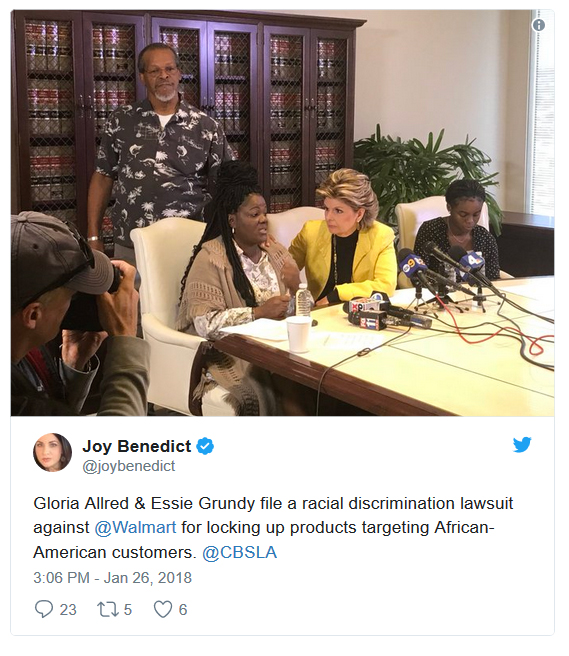 Grundy said she was discriminated against at a Walmart located at 1800 N. Perris Blvd. in Perris on Jan. 12. According to her lawsuit, when she went inside the store to buy beauty products she was startled to find the items used by African-Americans “segregated” and monitored by security cameras.

The mother of five also claims she was not allowed to touch the lotion she wanted to buy until she purchased it. Grundy felt like a “criminal,” as customers watched her being escorted to the front cash register, not allowed to hold the product herself. The employee who accompanied her to the checkout lane revealed that Walmart’s discriminatory practice was a directive from corporate, Allred said at the news conference.

Walmart responded to the claims by saying it does not tolerate discrimination of any kind.

“We serve more than 140 million customers weekly, crossing all demographics, and are focused on meeting their needs while providing the best shopping experience at each store.

We’re sensitive to this situation and also understand, like other retailers, that some products such as electronics, automotive, cosmetics and other personal care products are subject to additional security. Those determinations are made on a store-by-store basis using data supporting the need for the heightened measures. While we’ve yet to review a complaint, we take this situation seriously and look forward to addressing it with the court,” a spokesman said.