Urban Meyer on Leave as Ohio State Investigates What He Knew about Allegations Against Ex-Assistant
POSTED BY WLAS August 2nd, 2018 0 COMMENTS 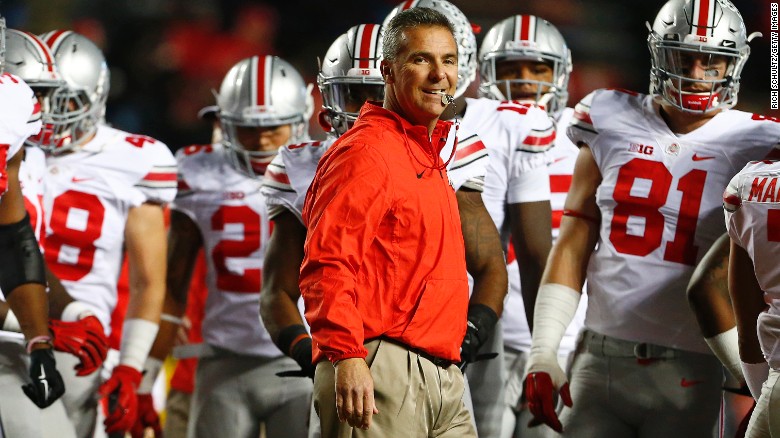 “The university is conducting an investigation into these allegations,” Ohio State said. Ryan Day, who has been the team’s offensive coordinator, will be acting head football coach while Meyer is on leave.

“We are focused on supporting our players and on getting to the truth as expeditiously as possible,” the university said.

Meyer said in a statement that he and Gene Smith, Ohio State’s athletic director, “agree that being on leave during this inquiry will facilitate its completion. This allows the team to conduct training camp with minimal distraction. I eagerly look forward to the resolution of this matter.”

At issue is whether Meyer knew about domestic violence allegations against Zach Smith made by his ex-wife, Courtney Smith. Zach Smith was the team’s wide receivers’ coach.

Zach Smith was fired on July 23 after he was served a civil protection order on behalf of Courtney Smith. The order, which was signed July 20, is effective until 2023 and prohibits Zach Smith from going within 500 feet of his ex-wife.

In a July 23 Facebook post, college football reporter Brett McMurphy detailed a series of domestic violence allegations against Smith dating back to 2009 and 2015.

The day after Smith was fired, Meyer was asked about the allegations during the Big Ten Conference Football Media Day.

Meyer said he was aware of an incident involving Zach and Courtney Smith in 2009, while they were still married. Meyer said he and his wife, Shelley Meyer, “actually both got involved because of our relationship with that family and advised counseling and wanted to help as we moved forward.”

Meyer said he didn’t know anything about the 2015 incident involving the Smiths.

When Meyer was asked about the protection order filed against Smith, the coach said the firing decision had “a little bit” to do with that and that it was a “group effort” to come to that decision.

Courtney Smith told Stadium, a sports network, that she told Meyer’s wife in 2015 about the alleged domestic violence.

Zach Smith’s attorney, Brad Koffel, told CNN in a statement: “Zach Smith wants to be as transparent and honest as possible but it is not going to be done today through the media. It will only be after he and his ex-wife are sworn in to testify. Once he gets his chance to tell his side of events, don’t be surprised when it is corroborated by every police who ever responded to Ms. Smith’s calls.”

CNN’s Sheena Jones and Wayne Sterling contributed to this report.