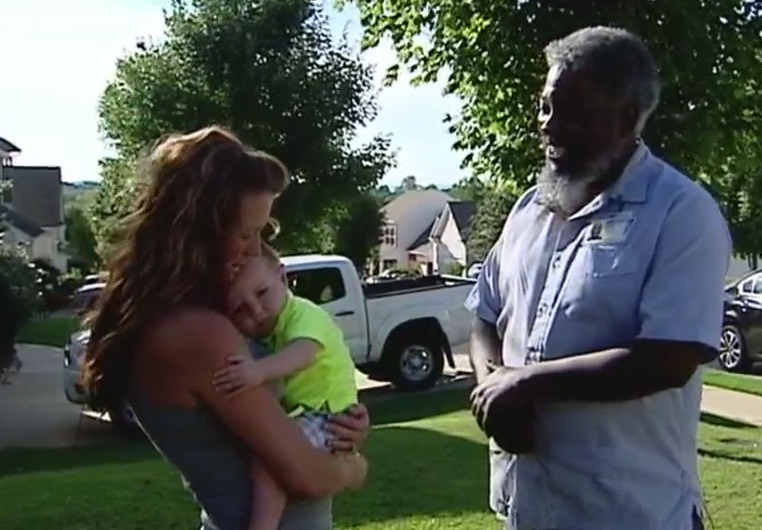 GREER, S.C. —A frantic mother trying to save her baby from choking finds help from an unlikely hero.

The baby’s parents says it’s because of one man that they’ll be able to celebrate their son’s first birthday this weekend.

Stephanie Cooper said her 11-month-old son had put a plastic wrapper in his mouth Friday, and it got lodged in his throat.

“I turned around and started beating him on his back, but it wasn’t coming out,” said Cooper. Cooper said she was frantic and ran out the front door.

“I don’t even remember a whole lot of it because I just blacked out,” said Cooper. Outside Cooper’s door was her letter carrier, Chris Brown.

“The mailman didn’t even say a word. He just grabbed my son and did the Heimlich on him and out it came,” said Cooper. Cooper fought back tears as she tried to explain her gratitude.

“The baby started crying so I said, ‘He’s OK mom, he’s OK, he’s crying. He’s OK,’” said Brown. Brown said he learned how to do the Heimlich maneuver during emergency training with the post office years ago.

“It was no coincidence that Chris was here at that exact time,” said Cooper.

Eli’s parents call Brown their hero. “He is an amazing man,” said Cooper.

Cooper said it’s because of Brown that her family will be able to celebrate Eli’s first birthday. “It’s an amazing, amazing story. It really is,” said Cooper.

Brown said this was the first time in his 24 years with the post office that anything like this has happened.