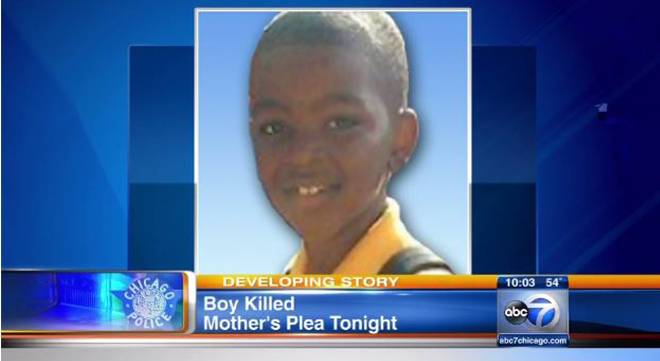 Karla Lee, mother of slain Chicago 9-year-old Tyshawn Lee, has taken to Instagram to defend herself against criticism from supporters after purchasing a car with money raised on GoFundMe.

Chaquela Moore, a friend of Lee’s, titled the fundraiser “Help Me Lay My Baby To Rest” and approximately $17,500 was raised in 4 days, surpassing the $10,000 stated goal.

After supporters got wind of Lee’s reallocation of funds, the criticism came hard and heavy, prompting her to post videos defending her decision.

The emotional mother claims that she walks to work and doesn’t know if she’s a target. She also told critics who don’t support her to “shut up.”

As previously reported, Tyshawn, who was fatally shot in a Chicago alley Monday afternoon, was lured there and “executed,” police say.

Described as a fun-loving child who enjoyed video games and basketball, Tyshawn was found with multiple gunshot wounds to his upper body. Police say the child was targeted because of his father’s gang ties and a string of shootings between rival gangs. A basketball the boy often carried to and from school was found near his body.

Police claim that the father, Pierre Stokes, is not cooperating, something that he denies. In an interview with the Chicago Tribune, Stokes claims that he simply doesn’t know the answers to the questions asked.

“No, I don’t think it was no retaliation because I never did nothing to — for nobody to hurt my son,” he said.