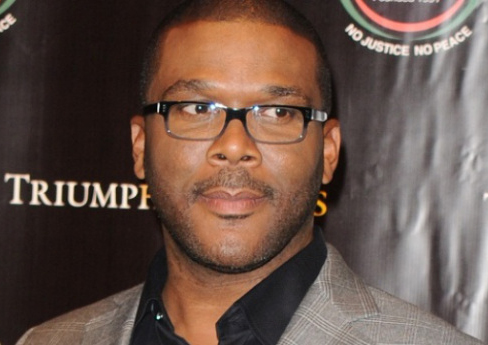 Tyler Perry’s latest movie Single Moms Club puts him with Nia Long and Amy Smart but he’s been in good company for some time with Oprah Winfrey. The dynamic duo just saw record ratings on the Oprah Winfrey Network for the season finale of Perry’s The Haves and the Have Nots, which scored an OWN ratings record with 3.6 million viewers.

Perry says that their partnership works because they prioritize their friendship. Its one of the first things they talked about before they agreed to work together.

“That is more important than anything to both of us. When you’re in this business at this level, you really need people you can count on for support in friendship more than in business. She didn’t need any money, I didn’t need any money. I’m there to help and support her vision. It’s the Oprah Winfrey Network and if I didn’t want to support her vision, I should have done the Tyler Perry Network.”

“It’s been a great ten years and I just want to thank the people for showing up,” Perry says.

In his latest, Perry explores the lives of five single moms. Every scenario is played out from the mother who’s dealing with a young son whose brothers and fathers are in jail, to a mother dealing with a “fast” child. Perry says he never dated a single mother, but he talked to plenty to prepare for writing and directing the movie.

“What I love about this movie and what I’m really excited about, it’s about these five women coming together from all different walks of life – one works at the Waffle House, one runs a publishing company, but when they come together they realize all their issues are the same because they’re single moms. So they form a group together to support each other. One babysits while the others go out, so maybe single moms club will start popping up all over America.”

One of the five single moms is played by Long, whose real-life son, Massai, played her onscreen son, something Perry is happy that it turned out so well. “You got the amazing Nia Long…and still Nia Long. She’s still hot, she’s still sexy. And her real-life son plays her son in the movie. She called me and said “Do you think my son could be in the movie?’ I was so glad he was good and they were good together, because I didn’t know how I was going to tell Nia your son can’t be in this movie.”

Perry says his own Aunt Jerry, who raised four boys by herself, also influenced him to showcase the challenges single mothers face. But he wants people to know this isn’t a sad movie about dysfunction and despair.

“Let’s be clear, This is not a woe is me, Oh Lord, I’m a single mom, Jesus help me. It ain’t that kind of movie. This is movie about their struggle but it’s a movie about the fun in life and they’re trying to get through it. It’s a feel good movie.”