Trump stopped Fauci from answering a question about the anti-malaria drug he’s hyping, despite it being unproven against coronavirus
POSTED BY WLAS April 6th, 2020 0 COMMENTS 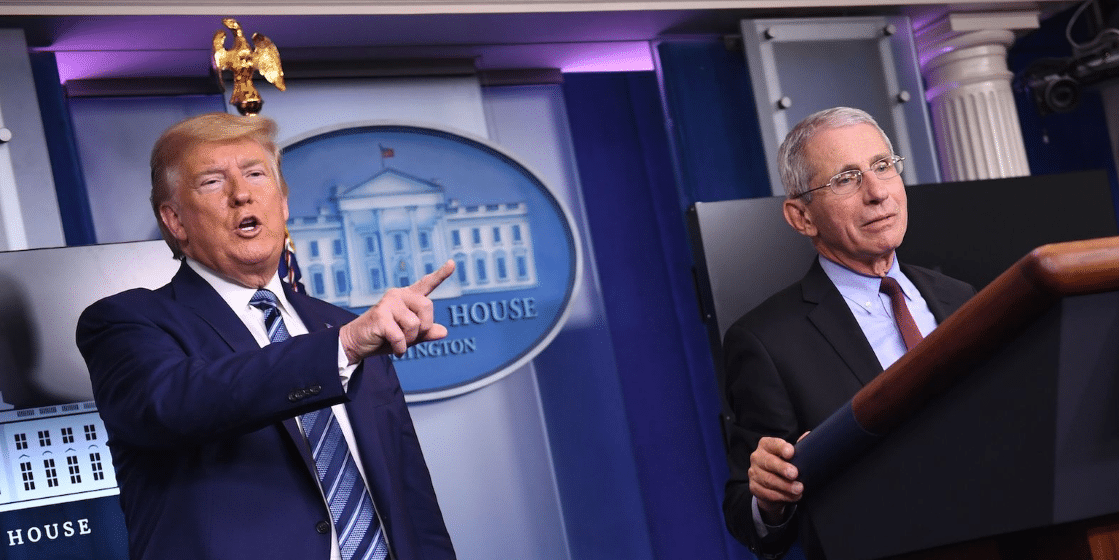 President Donald Trump did not let Dr. Anthony Fauci, director of the National Institute of Allergy and Infectious Diseases and member of the White House Coronavirus Task Force, weigh in on what he thought about using hydroxycholoroquine, an anti-malaria drug, on patients with COVID-19.

Cutting across Dr. Fauci, who did not speak until late in the press conference at the request of a reporter, Trump said: “He answered that question 15 times.”

The US government had stockpiled 29 million hydroxycholoroquine pills for treatment, despite only having anecdotal evidence of their effect. The drug is usually used for malaria or lupus and there is little clinical evidence showing they work against the novel coronavirus.

Trump’s dismissal came a day after the coronavirus task force reportedly had its first confrontation. It was between Fauci and Trump’s top trade advisor. The subject was hydroxycholoroquine.

President Donald Trump told reporters he wasn’t a doctor as he promoted the use of hydroxycholoroquine, a drug used for malaria or lupus, to treat COVID-19 patients. But when Dr. Anthony Fauci was asked for his opinion, Trump would not let him speak.

At a White House press briefing on Sunday night, Trump repeatedly spoke about using the drug on COVID-19 patients despite little clinical evidence that the pills are effective against it. He told reporters he backed the drug as he said: “I’m not a doctor. I have common sense.”

The US government has stockpiled 29 million hydroxycholoroquine pills and Trump said it was a good option for treatment since there’s currently no vaccine, although researchers are testing a number of drugs including hydroxycholoroquine.

He said: “I’m trying to save lives. I want them to try it and it may work and it may not work.” If it didn’t work, at least it didn’t kill patients, he said. Several times, he rhetorically asked: “What do you have to lose?”

But when a reporter at the briefing asked Dr. Fauci, director of the National Institute of Allergy and Infectious Diseases and member of the White House Coronavirus Task Force, what he thought, Trump did not let him speak.

“He answered that question 15 times,” Trump said, cutting the reporter off, before the press conference moved on. Fauci never answered.

Fauci took the podium late in the conference and hadn’t spoken before the reporters began asking questions.

According to Axios, on Saturday, the coronavirus task force reportedly had its first open confrontation, and it was over the use of hydroxycholoroquine.

Dr. Fauci reportedly disagreed and said there was only anecdotal evidence. Navarro, an economist, pointed to a stack of documents he had brought to the meeting, and told Fauci: “That’s science, not anecdote.”

The conversation grew heated, with Navarro calling out Dr. Fauci for purportedly objecting to Trump’s China travel ban at one point, until the president’s son-in-law and senior advisor Jared Kushner told Navarro he had the greenlight to supply the drug.