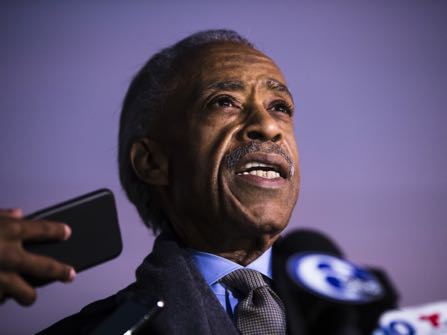 Tobacco giant R.J. Reynolds, the top seller of Newport cigarettes — the most favored by many black smokers — has been enlisting black groups, leaders, and activists, including Rev. Al Sharpton and ex-Florida Congressman Kendrick B. Meek, to hold meetings at prominent black churches on the theme of “Decriminalizing the Black Community.”

A FairWarnings report notes that the company “is seizing on the hot-button issue of police harassment of blacks to counter efforts by public health advocates to restrict menthol sales.”

The report goes on to say that “Sharpton and Meek, along with speakers from groups involved in criminal justice reform, have warned of the unintended consequences of banning” menthol cigarettes. The meetings have been held at churches in cities including Minneapolis, Los Angeles, and Oakland.

There’s concern that banning the minty cancer sticks will create an underground market and give police new reasons to harass and lock up black males.

R.J. Reynolds has reportedly paid travel costs for the panelists and contributed to their organizations. However, promotional flyers (here, here and here) suggest that Sharpton and his National Action Network are the main sponsors of the meetings, rather than the tobacco company.

Anti-smoking advocates have blasted the campaign as deceptive and a scare tactic.

“How can the tobacco industry care about criminalization when they don’t even care about killing you?’’ said LaTrisha Vetaw, who attended a Jan. 25 meeting at the Greater Friendship Missionary Baptist Church in Minneapolis, where a few dozen people turned out to hear Sharpton and be treated to a lunch of chicken, mashed potatoes, green beans and cake.

Sharpton led protests against police abuses following the death of Eric Garner, who was choked out by a psycho cop in 2014 for selling untaxed single cigarettes.

Sharpton has not made up his mind about a menthol ban, according to a tape of the meeting. “I am not on either side of the argument,” he said. ”I want to hear and listen.” He expects the National Action Network to take a position on a menthol ban at its convention in April.

In an interview with FairWarning, Sharpton said Meek, a Reynolds consultant who serves as moderator at the meetings, ”asked us to consider the unintended consequences of a menthol ban,” and also asked him to appear at several of the churches.

Meanwhile, Najee Ali — Sharpton’s political director of NAN in Los Angeles — issued the following statement to EUR regarding the issue:

I was paid a small sum to invite a group of leading South L.A community leaders for a private presentation on the [tobacco issue] a few weeks ago. But after listening to the presentation myself I realized that I didn’t want an association with a corporation that is responsible for so much death, disease, and suffering. I apologized to all my colleagues I had invited afterwards.

The tobacco industry has been spending money for decades to create beautiful lies to hide the ugly truth. Those lies are spread by community leaders who should be ashamed of themselves for selling out and selling death to those who believe and trust them.

I’m not sure what Rev Sharpton, or Rev K.W.Tulloss the Western Regional Director of the National Action Network position is on this. But I trust and support them. They can speak for themselves. My position is clear I love my people too much to betray them.