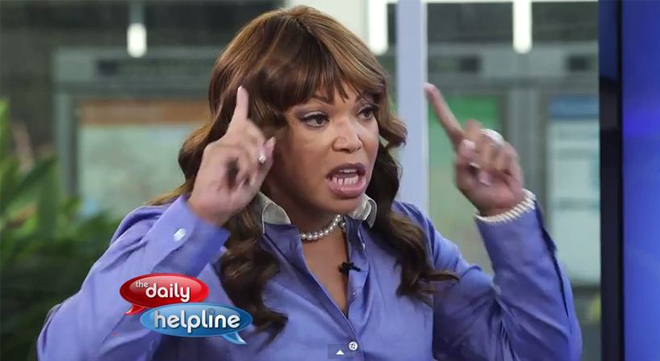 In an effort to raise awareness about surviving rape, veteran actress Tisha Campbell-Martin revealed a family secret on The Daily Helpline, a nationally syndicated talk show that features therapy experts who answer questions from callers, in-studio audience members and guests, about addiction, trauma and grief counseling.

Campbell-Martin sat on a panel of experts and bravely revealed that she’d been raped at age three. This was the first time she’s publicly announced the memory of her childhood.

The reason why I can absolutely say this to you without judgment or anything else, and this is the first time I ever said this on camera in front of millions, national, people, is that I too have been a victim of the same thing. When I was 3 I was raped, by an older person. Now I knew as a child I did nothing wrong and that this wasn’t my fault, but I found forgiveness in the guilt that I might’ve had.

Kudos to the Martin actress for being selfless enough to reveal a dark secret at an attempt to help someone else.