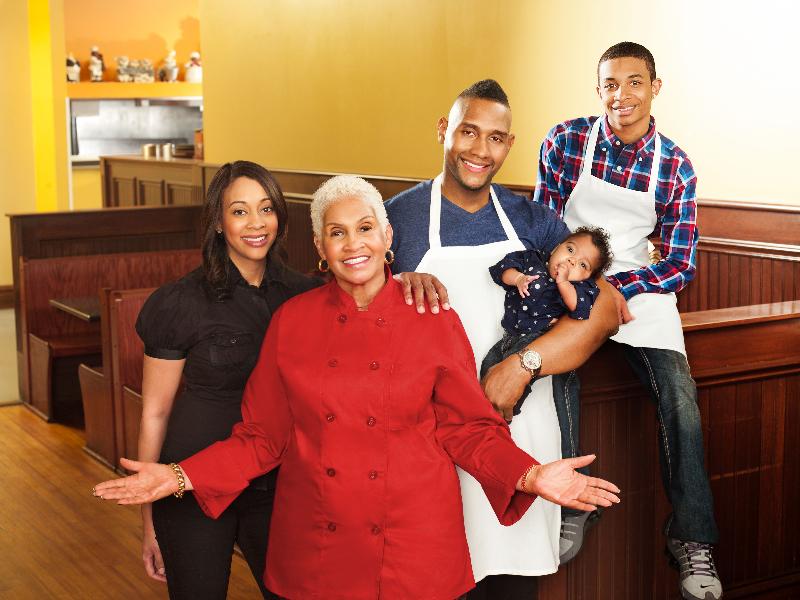 Welcome to Sweetie Pie’s returns this weekend and things are heating up – and not just on the grill. Last season, Tim Norman, show matriarch Robbie Montgomery’s son who plays a large role in their restaurant business, was trying to set up a new Sweetie Pie’s location in Houston.

But since then, things have changed. “We are going from Houston to Memphis and I can say that Memphis is official,” Norman told reporters. “Sometimes your parents have other plans in life that you can’t comprehend but right now I’m saying we are going to Memphis.”

It was more than a rumor that Mathew Knowles had some involvement in the planned launch in Houston, Norman confirms.

In fact, Norman calls him “Unc” and says they hung out together in Houston without getting into trouble. “That’s one of the monkey wrenches that got thrown into the deal,” Norman says. “That’s my guy though. Mr. Knowles is not going to appearing on the show in this point and time. But there’s not telling what can happen in the future. You need to stay tuned.”

“When you have a little bit of success, it strains relationships,” Norman says. “With our success that comes with me being all over the place. Janae and I are co-parenting and raising our son together. We’re working that out. You guys will see.”