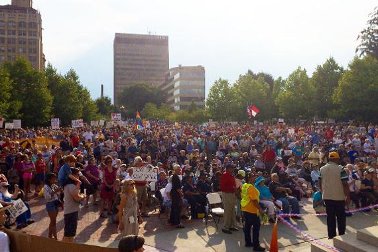 ASHEVILLE, N.C. —The Kershaw County Sheriff says a Greenville man has been arrested after he shot one of three men who were trespassing on hunt club property. 46 year-old James Andrew Davis was charged with assault and battery of a high and aggravated nature. He is out on $15,000 bond.

Sheriff James Matthews says deputies were called to Kershaw Health in Camden just after midnight Saturday for a shooting report.

The men drove the truck to a nearby house where the homeowner drove the victim to the hospital. The man was treated at the hospital and released.

“One of the reasons why I advocate people obtaining a concealed weapons permit is because they receive training on when deadly force can lawfully be used,” says Matthews. “Shooting at a trespasser is not one of those cases.”